Martin Rummel (born 2 May 1974, in Linz) is an Austrian cellist, currently living in Auckland.

The son of Peter Rummel, professor of law, grew up in Linz, where he went to primary school and graduated from Akademisches Gymnasium, where he received a Classical education, with highest marks in 1992. After early harpsichord and piano lessons from Helga Schiff-Riemann, he started to learn the cello in 1982 from Wilfried Tachezi at what is today the Anton Bruckner Private University for Music, Drama, and Dance. Simultaneously, he studied the harpsichord with August Humer, but did not finish this course. In March 1991, he got his diploma as a concert cellist with highest marks, being the youngest graduate of the institution's history at the time. After a few private lessons from Robert Cohen in London, he then studied there with William Pleeth. In the second half of the 1990s, he also studied with Maria Kliegel in Cologne and received a diploma with distinction and the "Konzertexamen" at the Musikhochschule. Subsequently, Rummel returned to studying with William Pleeth in London, whose last pupil he was to become.

Since around 1990, Rummel has been internationally performing as a soloist and chamber musician. Concerts have so far led him throughout Europe, Asia, Oceania and the US. In recent years, he played at the Vienna Konzerthaus, the Vienna Musikverein, the Brucknerhaus in Linz, the Tonhalle Düsseldorf, the Krannert Center for the Performing Arts in Urbana, at the "Carinthischer Sommer“, the "Varna Summer“ and at the “Venice Biennale“.

Rummel has given countless world and national premieres of works, amongst which Graham Whettam's "Concerto Drammatico“ (2000, USA) and the solo cello part in Thomas Daniel Schlee's sacred opera "Ich, Hiob" (2007, Ossiach). He studied the works of many eminent composers, such as Howard Blake, Alfred Schnittke and Sofia Gubaidulina with the composers themselves.

In recent years, Rummel has been increasingly emphasizing his performances of the cycle of the Solo Cello Suites by Johann Sebastian Bach and projects like his own arrangement of Franz Schubert's song cycle “Winterreise”, which he is performing with pianist Norman Shetler and actors such as August Zirner or Xaver Hutter.

From October 2000 to October 2007, Rummel taught a studio at the Musikakademie Kassel and was appointed at The University of Auckland in November 2008 to teach a cello performance studio. He resigned from this position in 2013 when it could no longer be fit around his international concert and management activities with a home base in Vienna. Effective 1 January 2016 and in the rank of Associate Professor, he was controversially appointed Head of School at the School of Music at the University of Auckland. 23 out of 25 permanent staff at the School of Music have since passed a vote of no confidence in him after a series of redundancies. Rummel is regularly giving master classes at renowned institutions such as the Holzhauser Musiktage, the University of St Andrews, the Folkwang University, New England Conservatory, Longy School of Music of Bard College, Shanghai Conservatory and the Internationale Sommerakademie Lenk (Switzerland).

Between 2004 and 2009, the Bärenreiter-Verlag published Rummel's editions of all major cello études. For the most important collections by David Popper, Friedrich Grützmacher and Jean-Louis Duport, Rummel wrote text volumes which are included in the editions.

From 2004 to 2008, Rummel was CEO of the foundation "Instrumente für Talente", which had been initiated by his mother and is providing young musicians with string instruments. Since 2008, he has been presenting the monthly radio show "Rummels Rubrik“ for Radio Stephansdom, portraying one musician per programme. In 2009 and together with Wolfgang Lamprecht, he founded the record label and agency "paladino music“, which became "paladino media gmbh" in 2012 under Rummel's sole directorship. With the acquisition of KAIROS, an internationally renowned specialist label for contemporary music, paladino media now (with four labels and a sheet music publishing house) is one of Europe's most diversified companies in the classical music industry.

The contents of this page are sourced from Wikipedia article on 10 Mar 2020. The contents are available under the CC BY-SA 4.0 license.
View Martin Rummel 's image gallery
Image Gallery 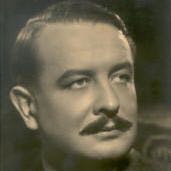