Martin Roe (born 1 April 1992) is a Norwegian athlete, specializing in combined events (decathlon and heptathlon). In 2017, he won the men's heptathlon competition at the Norwegian Indoor Championships in Sandnes, Norway, with a new personal record of 5,690, beating six personal bests in the process. On July 2, he achieved a new outdoor personal record of 8,144 points in the decathlon – his first time crossing the barrier of 8,000 points – to deliver a win for Norway at a European Combined Events Team Championships Second League event taking place in Monzón, Spain. In August, he represented his country at the 2017 World Championships, finishing twelfth with 8,040 points.

A native of Bergen, he has a younger sister, Matilde (born October 9, 1996), who is a shot put specialist. Their mother, Ingunn Gatland Jacobsen, is their coach. 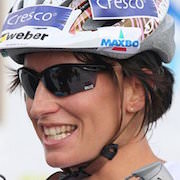