Sundby got his international breakthrough when he won his first individual victory on 30 November 2008 in Kuusamo, Finland. The victory was regarded as a major surprise, despite Sundby delivering several solid displays in earlier races. At lower levels, Sundby has won a junior sprint event in 2003, a 30 km Scandinavian Cup race in 2007, and a 10 km FIS race in 2007. He later won the team sprint event at the test event in Liberec, Czech Republic on 17 February 2008.

Sundby and compatriot Therese Johaug became the first Norwegians to win the Tour de Ski when they won the men's and women' competitions in the 2013-14 edition of the race. Sundby subsequently won the overall and distance competitions in the 2013–14 FIS Cross-Country World Cup. He also won the 2016 Tour de Ski. In addition to his Tour de Ski victories, Sundby won the inaugural Ski Tour Canada, despite starting behind Sergey Ustiugov and Petter Northug on the final stage.

Despite his overwhelming World Cup success, Sundby has never won an individual gold medal at a World Championships or Olympics.

In January 2015 Norwegian Ski Federation "was informed that Johnsrud Sundby had crossed the legal limit, the socalled 'decision limit', in regard to the use of" [salbutamol trademarked as] Ventolin; the federation should have acted then, is the opinion of Fredrik Aukland, NRK's expert on crosscountry skiing.

On 20 July 2016 Johnsrud Sundby was banned from sports for 2 months by the Court of Arbitration for Sport for an anti-doping rule violation. His use of asthma medication salbutamol, resulted in test levels of urine sample, exceeding the very high 1000 ng/ml limits set in the anti-doping rules by 35% for two samples collected in competition, on 13 December 2014 and 8 January 2015. The facts of the case were undisputed and the decision focused on the meaning of the term "inhaled salbutamol", specifically whether the 1600 μg per day limit referred to the "labelled dose" or the "delivered dose". The CAS panel decided that the intended meaning was the former, but criticised the drafting of the rule. For this and other reasons, including that Sundby declared salbutamol at the time of the test, the panel found his degree of fault light and opted for a short sanction. As the tests were taken in competition, the two results were automatically stripped. This led to Sundby losing the 2015 Tour de Ski title and the overall world cup title for the 2014–15 season. Apart from the subsequent stages of the 2015 Tour the Ski, no other results were affected. His short suspension took place in summer months outside the competitive skiing season.

At a 21 October 2016 [national] convention of Norwegian Ski Federation (NSF), some of the local representatives had a critical view on the federation having compensated Johnsrud Sundby for his loss of prize money due to his breaking the rules against doping. 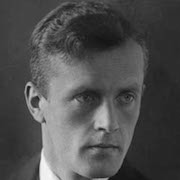