Martin Jahn (born January 21, 1970) is a Czech economist and politician. He served as Deputy Prime Minister of the Czech Republic for Economic Policy from August 2004 to December 2005.

He graduated from the Faculty of International Relations at the University of Economics, Prague and joined CzechInvest, a governmental agency supporting foreign companies to invest in the Czech Republic. In 1997, he started managing the organisation's office in Chicago, where he studied at DePaul University and received an MBA. In 1999 he became the CEO of CzechInvest.

In the summer of 2004, Jahn was appointed as Deputy Prime Minister for economic policy in the government of Stanislav Gross. After Gross resigned, Jahn remained in Jiří Paroubek's government at the same position. In May 2005, he proposed a new economic agenda, by which he claimed the Czech Republic could catch up with western countries of the European Union in eight years. The agenda included liberalisation of public finance sector and tax policy, and introduction of fees at universities.

As a non-party member of the socialist government, who did not manage any ministry, his impact on the government policies was quite limited.

In 2006 he started working for the Volkswagen concern in Škoda, being the member of the management board responsible for personnel. In 2008 he moved to become the CEO of Volkswagen in Moscow as a CEO, whilst retaining a position on the advisory board at Skoda, before becoming head of "World Corporate Sales and Multi-Brand Sales" at the Volkswagen headquarters in Wolfsburg starting from October 2010.

Jahn was made a member of the French Ordre National du Mérite. As well as his native Czech, he also speaks English, German, Russian and French. He is married and has 4 children. 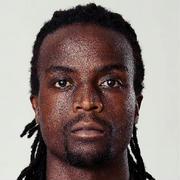