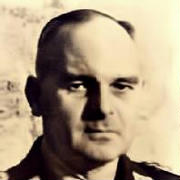 Martin Fiebig (7 May 1891 – 23 October 1947) was a German Luftwaffe general who commanded several air corps and equivalent-sized formations during World War II. He was a recipient of the Knight's Cross of the Iron Cross with Oak Leaves.

In May 1925, Fiebig, now a Hauptmann (captain), led a team of seven expert German World War I pilots (known as Gruppe Fiebig) to the Soviet Union, where they were employed as special air force advisers and instructors at various training schools in the Moscow area. Fiebig was seconded to the command staff of the Zhukovsky Air Force Engineering Academy.

Despite his formal role, his input into the training of Soviet pilots was quite limited; for example, he had no control over the practical exercises undertaken by the students. His position did enable him to draw conclusions about Soviet air training, doctrine and strategy. He observed that Soviet air training was too focused on the quantity of pilots produced, and that there were significant deficiencies in theoretical instruction.

Moreover, his observations about the deficiencies of Soviet air training were echoed by the deputy director of the Academy. Further, Fiebig concluded that Soviet air doctrine was confused, largely due to the limited experience of the Soviet Union in air operations during World War I. He also recognised that Soviet air strategy was reactive, in sharp contrast to that of other European powers, especially Germany.

According to author Samuel Mitcham, in the late 1920s, Fiebig was trained in close air support techniques at the clandestine German air training school in the Soviet Union.

At the outbreak of war, Fiebig was an Oberst (colonel) commanding the 4th Bomber Wing (German: Kampfgeschwader 4, KG4) which flew Heinkel He 111 medium bombers, which first saw operational service during the invasion of Poland. On 10 May 1940, in the early stages of the Battle of the Netherlands, he was shot down and captured by the Dutch during the initial attack on Rotterdam-Waalhaven airfield. He had led the attack by II Gruppe of KG 4 and his was one of the first planes shot down.

During the Battle of Stalingrad, Fiebig was commanding of the VIII Air Corps (German: Fliegerkorps VIII) in the Stalingrad sector. When the 250,000-strong 6th Army was encircled in that city in November 1942, Fiebig was tasked with supplying it from the air, despite protesting to the commander of the 6th Army, Generaloberst Friedrich Paulus that such an operation was not feasible. Fiebig appealed to the commander of the Luftwaffe 4th Air Fleet (German: Luftflotte 4, LF4), Generaloberst Wolfram Freiherr von Richthofen, who was responsible for all Luftwaffe operations in the southern Soviet Union. Richthofen agreed with Fiebig's assessment, and urged senior generals to order a breakout by the 6th Army. His pleas to Generaloberst Maximilian von Weichs at Army Group B, and even to the commander-in-chief of the Luftwaffe, Reichsmarshall Hermann Göring were rebuffed, and despite his good relationship with Adolf Hitler, no-one would allow him to express his opposition to the Führer himself. On 23 December 1942, Fiebig was awarded the Oak Leaves to his Knight's Cross of the Iron Cross.

Ultimately, Fiebig's assessment regarding Stalingrad was proven correct; the necessary tonnages could not be flown in by the available transport aircraft, and the 6th Army ran out of ammunition and food in early February 1943, after which it surrendered.

In January 1943, Richthofen realised that elements of the German 17th Army were in danger of being encircled on the Taman Peninsula on the Black Sea, and tasked Fiebig with establishing an ad hoc airlift command to protect and supply the 17th Army while it was evacuated back to the Crimea. In a very short time Fiebig had assembled Air Transport Mission Crimea (German: Lufttransporteinsatz Krim), and had established a network of airfields for it to operate from.

Drawing one squadron from each of VIII Fliegerkorps' wings, he established new reconnaissance, bomber, fighter and transport wings and groups. These new formations immediately began operating, evacuating at least 50,000 soldiers over the next month, and supplying the remaining troops with an average of 500 tons of fuel and ammunition each day, protected by its own fighters. Fiebig's establishment and operation of Air Transport Mission Crimea has been used as an example of the flexibility demonstrated by the Luftwaffe during World War II.

In late 1943, Fiebig was commanding Luftwaffe Command South-East (German: Luftwaffenkommando Südost), headquartered in Salonika in Axis-occupied Greece. In addition to Flak units, his command included the Luftwaffe Mission in Bulgaria. 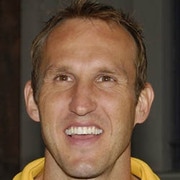