Sir Martin Ellis Franklin (born 31 October 1964) is a British-born, Miami-based business executive. He is Founder and Chairman of Element Solutions Inc., Co-Founder and Co-Chairman of Nomad Foods Limited, and Co-Founder and Former Chairman of Jarden Corporation, which was sold to Newell Brands in 2016. Mr. Franklin is also the Founder and CEO of Mariposa Capital, a Miami based family investment firm, a Director of Restaurant Brands International Inc., Chairman and controlling shareholder of Royal Oak Enterprises, LLC, and is a principal and executive officer of several other private investment entities.

Martin Ellis Franklin was born on 31 October 1964 in London, England. His father, Sir Roland Franklin, was a merchant banker who undertook hostile takeovers with Sir James Goldsmith. Franklin emigrated to the United States with his family at the age of fifteen, settling in Harrison, New York.

Franklin graduated from the University of Pennsylvania, where he received a bachelor of arts degree in political science.

After leaving college, Franklin worked for N M Rothschild & Sons in Manhattan, where he became the youngest Vice President in the US firm's history. As James Goldsmith began winding down his US operations in 1987, Martin joined his father in forming the Pembridge group. They undertook a series of transactions between 1987 and 1989, the largest of which was the $1.3 billion hostile takeover of Dickinson Robinson Group (DRG). At the age of twenty-four, Franklin was appointed as the chief executive officer of DRG, with the goal of breaking up the conglomerate via a series of asset sales. Roland Franklin retired from active business in 1991, leaving Martin and Ian Ashken to oversee the final DRG asset sales. In 1992 they returned to the US with the intention of using their experience at DRG to build, rather than break up companies.

In October 1992, Franklin formed Benson Eyecare from the merger of shell public company Ehrlich Bober, an optical retail chain and Benson Optical, which was acquired from the pension fund of General Electric for US$2.3 million. Benson Eyecare relisted from the American Stock Exchange to the New York Stock Exchange, and Franklin served as its CEO. He was the youngest CEO of a corporation listed on the NYSE. Through a series of acquisitions and organic growth Benson Eyecare grew from $40 million in annualized revenue in 1992 to $150 million in 1996, when the company was sold to Essilor for US$300 million for a 23-fold return for early investors.

Between 1996 and 2000, Franklin chaired and/or invested in companies such as Bolle, Lumen Technologies, Crunch Fitness and Corporate Express. Franklin and Ashken decided to try to move from the public company world where they had operated for the last ten years to the private company world and purchased 9.9% of Alltrista Corporation in January 2000 and made an offer to buy the whole company. When their bid failed, they became activist boards members in July 2001. In September 2001, Franklin became Alltrista's Chairman and CEO while Ashken became its Vice-Chairman and chief financial officer. Alltrista was renamed Jarden Corporation and Franklin served as its chairman and chief executive from 2001 to 2011, and as its executive chairman from 2011 to 2016 when James E Lillie became Jarden’s CEO. Under Franklin’s leadership, Jarden grew from approximately $300 million in revenues to more than $10 billion, having over 120 global brands and 35,000 employees before it was acquired by Newell Brands in April 2016. For the fifteen years Franklin was Chairman, Jarden generated over 5,000% stock returns to its investors with a compound return of over 30%.

Starting in 2006, Franklin founded a series of Special Purpose Acquisition Companies, initially with Nicolas Berggruen, but also including William Ackman. The SPACS enabled companies such as GLG, Prisa, Phoenix Life, Burger King, and Macdermid Specialty chemicals to go public. Franklin co-founded Justice Holdings, a shell company on the London Stock Exchange which invested in Burger King. Franklin owned 2% in 2012. As of 2019, Franklin continues to serve on the Board of directors of Restaurant Brands International, which owns Burger King and Tim Hortons, and Element Solutions Inc.(formerly Platform Specialty Products).

Franklin co-founded Nomad Foods, a frozen food company which sells products under the Birds Eye and Findus brands, with Noam Gottesman in 2014. In April 2015, they acquired Iglo for €2.6 billion, followed by Findus Sverige AB, the continental European operations of Findus Group, for $780.7 million in August 2015; Goodfellas Pizza for US$275 million in January 2018; and Aunt Bessie’s for US$281 million in June 2018.

In November 2018, Franklin was knighted, in the higher degree of knight grand cross, for his contributions to business, economic development, heritage restoration and community service in Antigua and Barbuda.

Franklin has supported a number of charities including the Challenged Athletes Foundation and Wounded Warrior Project.

With his wife Julie, he has three sons and one daughter. They reside in Miami, Florida. They own another residence in Aspen, Colorado, and they lived there in 2006–2007.

Franklin is an avid skier. Additionally, he has completed multiple marathons, 100 mile ultramarathons, and triathlons, including the Ironman Championships in Hawaii in 2003, 2005 (in 10 hours and 55 minutes) and 2017. In 2007, Mr. Franklin completed the Badwater Ultra marathon in 41 hours and 29 minutes. In 2009, he finished the Leadville Trail 100 Run in 27 hours and 45 minutes and in 2011 he completed the Leadville Trail 100 Mountain Bike Race in 10 hours and 30 minutes. In 2013, Mr. Franklin completed Jarden’s Westchester Triathlon in 2 hours and 33 minutes. He also led a team of Jarden employees to compete in the Tri-State Tough Mudder, an endurance obstacle course event that has raised more than $5 million for the Wounded Warrior Project. In 2014, he competed in the Yam2Yam, which translates to "sea to sea," a 144km ultramarathon race in Israel from Jaffa to Jerusalem which he completed in under 23 hours. In a 2010 interview in the Financial Times, he revealed, "I have my best ideas on a bicycle, or running over a mountain." 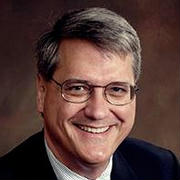