Behrman was born in New York City, the son of Frederica and Henry Behrman. His parents were emigrants from Germany. He was ethnically Jewish, but "knew little about his faith." His parents brought him to New Orleans as an infant. He lived most of his life in the Algiers neighborhood, on the west bank of the Mississippi River. As a young man he became affiliated with the Regular Democratic Organization, a powerful political faction in New Orleans, during the 1888 campaign of Francis T. Nicholls for governor of Louisiana. Behrman served as a delegate to the Louisiana state constitutional convention in 1898.

Behrman eventually served as mayor for just under 17 years, first from 1904 to 1920. After four consecutive terms he was defeated by reform candidate Andrew J. McShane. Behrman ran again in 1925 and won, serving from 1925 to 1926. He died in New Orleans less than a year into his fifth term.

Books by or about Martin Behrman

The contents of this page are sourced from Wikipedia article on 26 Oct 2020. The contents are available under the CC BY-SA 4.0 license.
View Martin Behrman 's image gallery
Image Gallery 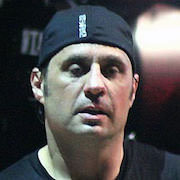