Madame Marthe de Florian (Paris, France; 9 September 1864 – Trouville-sur-Mer, France; 29 August 1939) born as Mathilde Héloïse Beaugiron was a little known French demimondaine (courtesan) during the Belle Époque. She was known for having famous lovers including Georges Clemenceau (before he became the 72nd Prime Minister of France), Pierre Waldeck-Rousseau (the 68th Prime Minister of France), Paul Deschanel (11th President of France), Gaston Doumergue (13th President of France), and the Italian artist Giovanni Boldini. Her story resurfaced when in 2010 her belongings were discovered in her Parisian apartment, located at 2 square La Bruyère (in the 9th arrondissement), untouched for decades, like in a time capsule.

On 12 October 1882, at the age of 18, she gave birth to her first son, Henri Beaugiron (1882–1883), whose paternity was unknown and who was born at 69 Rue Condorcet in the 9th arrondissement. Marthe de Florian stated on the birth certificate that her profession was embroiderer. Henri died at the age of only 3 months.

At the age of 19, on 7 April 1884, de Florian gave birth to a second son also called Henri Beaugiron (1884–1966), who was born at 100 Rue Saint-Lazare. He spent his life in Paris and died on 12 May 1966, while living at 2 Rue La Bruyère. While his paternity was also stated as "unknown", it is speculatively possible that his father was the married banker Auguste Albert Gaston Florian Mollard, a lover of Marthe, from whom she presumably took the name "de Florian"

Marthe de Florian's last (and most famous) apartment is located at 2, Square La Bruyère in the 9th arrondissement of Paris, not far from Sainte-Trinité. She died in the apartment in 1939. Her son, Henri Beaugiron, who witnessed and signed his mothers death record, was also living in the apartment at time of her death. The apartment was eventually inherited by Solange Beaugiron (1919–2010), Henri's daughter, who was an aspiring playwright as a teenager. Using the pseudonym, "Solange Beldo," she wrote her first serious manuscript, Miss Mary, at the age of 17. According to some unproven sources, Solange Beaugiron could have been the writer Solange Bellegarde.

At some point of World War II her granddaughter Solange escaped from the Nazis to the south and settled in the south of France, never to return, or at least never to come back to clear the apartment after her father's death in 1966. The rent and expenses were paid regularly until her death in June 2010 at the age of 91. As a result, everything the apartment contained, including many paintings, furniture and all the usual elements of early 20th-century life remained intact for several decades.

Among the many paintings discovered in the apartment was a portrait depicting Marthe de Florian herself in a beautiful pink muslin evening dress, painted by one of her lovers, the artist Giovanni Boldini. The portrait had never been listed, exhibited or published, however a visiting card with a scribbled love note from the painter was found in the apartment, and a short reference found in a book from 1951 commissioned by the artist's widow Emilia Cardona also confirmed the provenance of the painting. According to the book, the work was painted in 1888, when the actress was 24 years old.

After its rediscovery and subsequent research into its provenance, the painting was put to auction with a starting price of €300,000, but the sale price rocketed as ten bidders pushed the final price to €3 million, a world record for the artist. 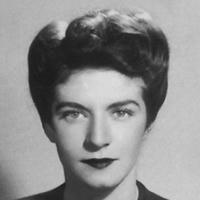