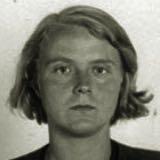 Marta Husemann (born Marta Wolter, 20 August 1913 – 30 June 1960) was a German actress and resistance fighter against the Nazi regime, among others in the Red Orchestra.

Husemann trained as a tailor and entered in 1928 into the KJVD. In 1931 she was a member of the KPD. In the classic film Kuhle Wampe of Slatan Dudow she played "Gerda", one of the two female leads. The experience she had as an actress progressed in 1935 with her screenplay for the short feature film Fünf Personen suchen Anschluß" (Five People Seeking Connection). The film was shot under the direction of Jürgen von Alten in the Berlin department store KaDeWe.

In the same year she was interrogated for the first time by the Gestapo. In November 1936, she was arrested and the following March to June 1937 detained at the Moringen concentration camp in Vorbeugehäftling - euphemistically known as protective custody.

Together with her husband Walter Husemanns [de], she was then active in the anti-fascist Red Orchestra of Harro Schulze-Boysen. Often the group met unobserved by the Gestapo at Schloss Liebenberg [de]. She had particularly intensive contacts with Gerhard and Gerda Sredzki [de], who participated actively in the Saefkow-Jacob-Bästlein Organization of the resistance against Nazism.

On 19 September 1942, she was arrested again and sentenced to four years in prison in January 1943 by the Reichskriegsgericht. In 1945, she was freed from the women's penitentiary in Leipzig by the Red Army.

After the war, she worked in the Communist Party of Germany (KPD) district headquarters in East Berlin. After remarriage, she took the name Martha Jendretzky. 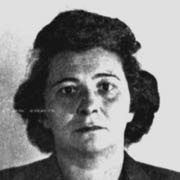