Markus Maria Profitlich (born March 25, 1960 in Bonn) is a German comedian, actor and voice actor who was a cast member of Die Wochenshow between 1999 and 2001. He now hosts and performs his own show, Mensch Markus.

His most famous role on Die Wochenshow was the Erklärbär (Explaining Bear). Other roles included the shy reporter Peter Wuttke, Mawegda Gandhi and Baby Markus.

Furthermore, Profitlich is the producer of the programme Weibsbilder, as well as Deutschland ist schön (Germany is nice). The name Profitlich is not a stage name, but is probably derived from "a person who acts profitably" (source: Udolph, Jürgen: Professor Udolphs Buch der Namen, Munich, 2005, P. 78-81). Profitlich also voiced Bob Parr / Mr. Incredible in the German dub of the Pixar films The Incredibles and Incredibles 2.

Markus Maria Profitlich is married to the German actress Ingrid Einfeldt, his stage partner in Mensch Markus. His daughter was born in the beginning of 2005.

Profitlich is member of the Social Democratic Party of Germany and a confessing Christian. In his youth, he visited the YMCA in Siegburg (near Bonn), where he led Christian holiday courses for children. He is now member of a free Protestant parish. 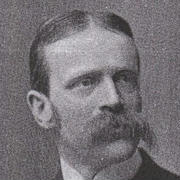