Markus Strøm Bay (17 February 1997) is a Danish professional football player, who plays for Jong Ajax as a midfielder.

Bay is a youth exponent from Brøndby IF, but in 2013 he transferred to the Ajax youth system. He made his debut with Jong Ajax on 19 August 2016 in a Eerste Divisie game against FC Den Bosch. He replaced Vince Gino Dekker in the 82nd minute, in a 5-2 home win.

King of the Danes 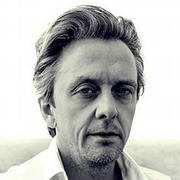