Best known for his appearances on The Only way is Essex

Mark Charles Edward Wright (born 20 January 1987) is an English television and radio presenter, television personality and model, who is known for appearing as a cast member on the first three series of The Only Way is Essex.
Afterwards, he appeared on the eleventh series of I'm a Celebrity...Get Me Out of Here! where he finished as runner-up, and the twelfth series of Strictly Come Dancing, where he finished in fourth place. As of 2015, he is the current presenter of Take Me Out: The Gossip and Dengineers, as well as hosting "Club Classics" every Friday and Saturday night on Heart.
Recently he was involved in playing for England for the charity Soccer Aid, where he scored a long 35-yard freekick.

Wright is the elder son of Carol Wright and Mark Wright, Sr. and the brother of Jess Wright, Natalya Wright and Josh Wright.

Before his appearances on The Only Way Is Essex, Wright was a semi-professional footballer, with a youth career at West Ham United, Arsenal, and Tottenham Hotspur.

He started his senior career with Southend United, but moved into nightclub promoting and playing only semi-professionally. In January 2012, it was reported that he rekindled his semi-professional footballing career, by signing for St Neots Town, but this was denied by Wright on his Twitter account.

In October 2010, Wright was one of the original cast members in the ITV reality programme The Only Way is Essex. He announced his departure from the show on 23 October 2011, near the end of the third series. He later returned for a cameo appearance in the sixth series and also, for the 2012 Christmas special. He briefly returned again in 2014 and again in 2016.

In November 2011, Wright took part in the eleventh series of I'm a Celebrity...Get Me Out of Here!. He was the runner-up, losing to McFly bassist Dougie Poynter.

Since January 2012, Wright and Laura Jackson have co-presented the Take Me Out spin-off programme Take Me Out: The Gossip for ITV2. He also appeared as a fitness expert on the ITV Breakfast programme Daybreak for two weeks, to front its mini series Downsize in Dubai.

From 20 June to 7 July 2012, Wright presented and starred in a new ITV2 show, titled Mark Wright's Hollywood Nights. It was later dropped after one series. He was due to co-present with Melanie Sykes on a new entertainment series named My Man Can. After filming one series, ITV made the decision not to air the show.

Since 2013, Wright has been a reporter on the ITV series Surprise Surprise.

In 2014, Wright fronted his own ITV2 reality show entitled Party Wright Around The World. In 2014, Wright was one of the celebrities competing in the twelfth series of Strictly Come Dancing. He was paired up with professional dancer Karen Hauer. The couple made into the final, where they landed in fourth place.

Wright has presented the CBBC show, The Dengineers since 2015.

Since 24 December 2012, Wright has presented the "Club Classics" every Friday and Saturday evening on Heart Radio, between 7pm and 9pm.

In June 2013, Wright was signed by online retail giant, Littlewoods, as its new face of menswear, which sees him style and model a capsule collection each season for Littlewoods' own-brand menswear line, Goodsouls. .

In June 2016, he took part in Soccer Aid for the first time. He played for 'England'. He scored a goal from a direct free kick in the 3-2 victory, and was named Man of the Match.

On 22 February 2009, Wright was best man at the wedding of the late reality star Jade Goody and Jack Tweed. He was featured briefly in the Sky Living TV series.

Wright was in a relationship with fellow TOWIE cast member Lauren Goodger from 2001 until 2012. They got engaged in March 2011 but Wright called off the engagement in August 2011, after claims that she had cheated on him.

Since December 2012, Wright has been in a relationship with former Coronation Street actress Michelle Keegan. On 9 September 2013, it was announced that he and Keegan were engaged. They married on 24 May 2015. 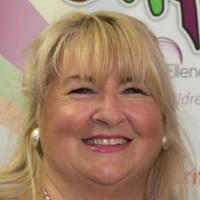 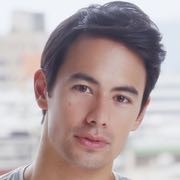