Mark Staniszewski; also known as Mark Stan (born August 1973) is an American born martial artist and the first athlete to win Pan American Championships in both Brazilian Jiu-Jitsu and Judo; and a Martial Arts Hall of Fame inductee.

Staniszewski was born August 19, 1973 in Brooklyn, New York to parents Thaddeus and Joan Staniszewski. He moved at an early age to East Meadow on Long Island, where he was raised alongside his siblings Michael and Jan. Staniszewski was first introduced into the martial arts at the age of 5, studying various styles of karate and Tae Kwon Do under 1988 Olympic coach Y.H. Park. Staniszewski began his grappling career wrestling in Junior High School, going undefeated while in middle school and earning Junior Varsity Championship honors. An All-County wrestler at East Meadow High School, Staniszewski was named co-team captain by Hall of Fame Coach John Hamilton. In addition to wrestling, Staniszewski played varsity football and track and field for the East Meadow High School Jets. Staniszewski went on to wrestle for Cortland State College under Olympic alternate Coach Gene Neiman, earning a starting position as a freshman on the dual meet national team. Staniszewski's wrestling career was cut short due to two separate season ending knee injuries sustained during matches. After surgeries and rehabilitation, Staniszewski returned to competitive sports by securing a starting position as "left prop" for an all-English rugby team while studying abroad at the University of North London, England. Shortly after graduation, Staniszewski discovered the Olympic sport of judo and in 1996, Staniszewski was introduced to Brazilian Jiu-Jitsu by childhood friend UFC veteran Matt Serra. Finding them to be the perfect complement, Staniszewski began training Brazilian Jiu-Jitsu in the garage of Serra's family home during the day while practicing his judo at night. Staniszewski has trained and competed in both disciplines for over two decades; and in 2011, he returned to competitive wrestling as well. His innovative and successful style has earned him State, National and World Championship accolades and he is widely regarded as one of the most experienced grapplers in America. National, Pan American and World Championships.

Tragedy struck in February 2013, when Staniszewski's 14 month old son Jake was diagnosed with a rare pediatric cancer (Stage 4 Alveolar Rhabdomyosarcoma). The judo, Brazilian Jiu-Jitsu and wrestling communities rallied around the Staniszewski family to lend their support. A series of seminars and events were conducted by elite athletes Joe D"Arce, Alex and Christopher Vamos, Matt Serra, Eddie "The Truck" Gordan, Steven Sciandra, Joe Scarola, Nick Kossor, Tony Sangimino, Brad Bolen, Hannah Martin, Mansher Khera and many more came out to support their friend and colleague. The Staniszewski's fight for Jake took them from the United States to Germany in search of a novel and experimental treatment plan. During this plight, Staniszewski received news of his younger brother Michael's unexpected passing due to a sudden illness. Sadly, on August 4, 2014, less than nine months after his brother's death, Staniszewski's son Jake (age 2), lost his battle with cancer., Jake's Story

Staniszewski returned to teaching martial arts in 2015 and founded the "Team Believe" martial arts academies in his son Jake's name. The Long Island-based schools offer free lifetime classes to any child with cancer or any parents/siblings of a child battling cancer.

Staniszewski also returned to competition in 2015, entering the Police and Fire World Championships. With over 12,000 athletes from 70 different countries, Staniszewski won silver medals in both Judo (IJF rules) and Submission Grappling (IBJJF rules). In Judo, Staniszewski lost a close opening match to defending world champion Askar Zhandarov of Kazakhstan. Staniszewski went on to win his next three matches and defeated David Alexander of Great Britain to earn the silver. In Submission Grappling, Staniszewski avenged his earlier loss to Askar Zhandarov by upsetting the multiple time world champion in a close opening match. Staniszewski (6'0",225-lbs) made it to the finals against 6'5", 301-lb Brazilian Jiu-Jitsu black belt Eric Eads. Staniszewski lost to Eads by a two-point decision in the heavyweight match of the tournament.,. 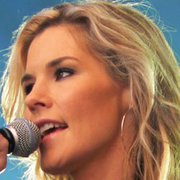 Tex Keith is an amercian entrepreneur and motivational speaker. He has given a Ted Talk and is the CEO of the marketing and coaching company, Inertial Media.