Mark Simonitch (born December 30, 1957) is an American wargame designer and graphic artist. His game designs include Hannibal: Rome vs. Carthage and Ardennes '44, and he has made maps for Wilderness War and Empire of the Sun among others. He has worked at Avalon Hill and GMT Games. He was inducted into the Charles Roberts Awards Hall of Fame in 2002.

Simonitch was raised in Ross, California. He studied at California Polytechnic State University. He began wargaming in 1966, his first gaming experiences included Jutland and Gettysburg by Avalon Hill. From 1991 to 1994 he was a freelance artist and created maps and counters for over 100 wargames with clients including Strategy & Tactics, Command Magazine, GMT Games, 3W, and Avalanche Games. During this period he also started Rhino Game Company (or Rhino Studios) and published three games. He moved to Baltimore, Maryland in spring 1995 where he was employed by Avalon Hill until 1997. He has worked at GMT Games from 1997 to the present as a Graphic Designer.

The below are all Charles S. Roberts Award wins, the list does not include nominations. Of his 14 awards, only 5 were won by him alone, all other being shared awards where he designed only the map.

Simonitch has designed maps, counters, box art, cards and other elements for 100s of games, below are some of the most notable titles. 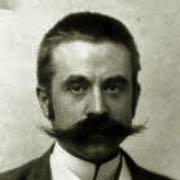