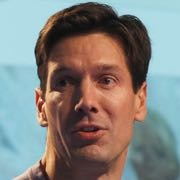 Mark Eugene Russinovich (born c. 1966) is a Spanish-born American software engineer who serves as CTO of Microsoft Azure. He was a cofounder of software producers Winternals before it was acquired by Microsoft in 2006.

Russinovich was born in Salamanca, Spain and was raised in Birmingham, Alabama, United States, until he was 15, when he moved with his family to Pittsburgh, Pennsylvania. His father was a radiologist and his mother was a business administrator of his father's radiology practice in Pittsburgh. Russinovich is of Croatian ancestry.

He was introduced to computers when his friend's father got an Apple II in the 1970s. He was able to reverse engineer its ROM and write programs for it. At age 15, he bought himself his first computer, a Texas Instruments TI99/4A. About six months later his parents bought him an Apple II+ from his local high school when it upgraded the computer labs to Apple IIes. He also wrote magazine articles about Apple II.

From September 1994 through February 1996 he was a research associate with the University of Oregon's computer science department. From February through September 1996 he was a developer with NuMega Technologies, where he worked on performance monitoring software for Windows NT.

In 1996, he and Bryce Cogswell cofounded Winternals Software, where Russinovich served as Chief Software Architect, and the web site sysinternals.com, where Russinovich wrote and published dozens of popular Windows administration and diagnostic utilities including Autoruns, Filemon, Regmon, Process Explorer, TCPView, and RootkitRevealer among many others.

Russinovich joined Microsoft in 2006, when it acquired Winternals Software.

In his role as an author, he is a regular contributor to TechNet Magazine and Windows IT Pro magazine (previously called Windows NT Magazine) on the subject of the Architecture of Windows 2000 and was co-author of Inside Windows 2000 (third edition). Russinovich is the author of many tools used by Windows NT and Windows 2000 kernel-mode programmers, and of the NTFS file system driver for DOS.

In 1996, Russinovich discovered that altering two values in the Windows Registry of the Workstation edition of Windows NT 4.0 would change the installation so it was recognized as a Windows NT Server and allow the installation of Microsoft BackOffice products which were licensed only for the Server edition. The registry key values were guarded by a worker thread to detect tampering, and later a program called NT Tune was released to kill the monitor thread and change the values.

Russinovich wrote LiveKD, a utility included with the book Inside Windows 2000. As of 2017, the utility is readily available to download.

In 2005, Russinovich discovered the Sony rootkit in Sony DRM products. Its function was to prevent users from copying their media.

In January 2006, Russinovich discovered a rootkit in Norton SystemWorks by Symantec. Symantec immediately removed the rootkit. He also analyzed the Windows Metafile vulnerability and concluded that it was not a deliberate backdoor. This possibility had been raised – although tentatively – by Steve Gibson after a cursory investigation of the nature of the exploit and its mechanism.

Russinovich's novels Zero Day (foreword by Howard Schmidt) and Trojan Horse (foreword by Kevin Mitnick) were published by Thomas Dunne Books on March 15, 2011 and September 4, 2012. Both are in a series of popular techno-thrillers, that have attracted praise from industry insiders such as Mikko Hyppönen and Daniel Suarez. A short story, "Operation Desolation" was published just before Trojan Horse and takes place 1 year after the events of Zero Day. Book 3, Rogue Code: A Novel (Jeff Aiken Series, May 2014) deals with vulnerabilities of the NYSE. It has a foreword by Haim Bodek, author of The Problem of HFT: Collected Writings on High Frequency Trading & Stock Market Structure Reform. 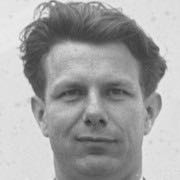 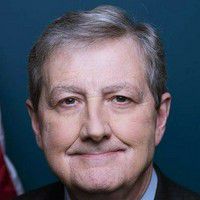