Mark Paul Morgan is an American film producer who has been a producer and executive producer on films including The Twilight Saga film series, Percy Jackson & the Olympians: The Lightning Thief and the Agent Cody Banks films.

Morgan began his producing career at New Regency and Warner Brothers as a story editor on such films as L.A. Confidential, Heat, A Time to Kill, and Murder at 1600'. He moved on to be Director of Development and later Vice President of Production at Orion/MPCA, where he was involved in the development and production of film projects such as Ringmaster. When Orion/ MPCA split off to form Destination Films, Morgan served as Executive Vice President of the company and produced films including Beautiful, Slackers, and The Wedding Planner.

Morgan was head of the film and television production company Outlier from 2012–2014; in 2013 he signed on to produce the film Savage, based on an acclaimed graphic novel.

In 2009, Morgan won the Vision Award for "A Producer of Vision" and the 2009 MTV Movie Award's Golden Popcorn for Best Movie of the Year for Twilight. He received the MTV Award again the following year for New Moon. 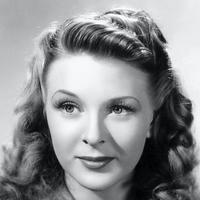