Mark Gibson (born August 14, 1957), is an American stock car racing driver. He is a long-time competitor in the ARCA Racing Series, and has also made occasional appearances in NASCAR competition; he is also the owner of an ARCA Racing Series team.

Gibson was born in Richlands, Virginia, and is a resident of Winder, Georgia. The son of racer Bo Gibson, he grew up in Daytona Beach, Florida, and graduated in 1975 from Mainland High School. He is married, to Jan, who was the daughter of racer Curtis Crider, and they have one daughter, Michelle.

Gibson's racing career began in 1974 when, at the age of 16, he began competing in races at Volusia County Speedway; also running at New Smyrna Speedway, where he won the track's championship in 1979. He began competing in the ARCA Racing Series in 1981, he moved from the Daytona Beach area to central Georgia in 1985, and won the series' Rookie of the Year title in 1986. He was the last ARCA driver to qualify at over 200 miles per hour (320 km/h) at Daytona International Speedway.

A four-time winner in the ARCA RE/MAX Series, Gibson became part of the first two car team in the ARCA Bondo MAR/HYDE Series (now ARCA REMAX) when he teamed with brothers Mike and Joe Cooksey and Don Faurbach from Maurtco Motorsports.

Gibson has stepped out of the driver seat to concentrate on developing new talent. He, along with Briggs Cunningham and Kerry Scherer started Cunningham Motor Sports in 1997. That team raced ARCA and NASCAR Craftsman Trucks for three years. Scherer moved the team to Charlotte in 2000, but he eventually returned to Georgia and worked with Gibson in the Mark Gibson Racing (MGR) shop from 2007 until 2010. Gibson became a partner, owner and General Manager of car #77. In 2009, that team would win nine races and their driver Parker Kligerman would win the ARCA Rookie Of The Year.

Gibson has been instrumental in the development of Sprint Cup Series and Nationwide Series driver Justin Allgaier and Camping World Truck Series driver Tayler Malsam who drove for Mark in 2008. In 2006, NASCAR driver Brad Keselowski drove Gibson's car at Kentucky Speedway. This was Keslowski's first stock car race. Mark Gibson has also worked with Timmy Hill, the NASCAR Nationwide series rookie of the year in 2011.

In total, Gibson would go on to win four races as a driver and ten races as a car owner in the ARCA series.

Gibson is one of the most respected and talented stock car drivers on the dirt miles at Du quoin and Springfield, Illinois and still occasionally will enter as a driver in those events to race against the likes of Tony Stewart and Ken Schrader.

Gibson has also run in NASCAR on selected occasions; his last attempt being an unsuccessful bid in qualifying for the 1999 Daytona 500. Gibson's brother Tony is currently the crew chief for Kurt Busch at Stewart Haas Racing in the Sprint Cup Series. 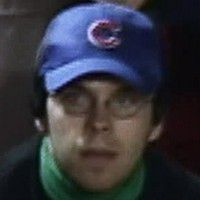