Boidman received joint LL.B and Bachelor of Civil Law degrees from the Faculty of Law at McGill University (2000). During his final year at McGill University, he clerked for the Superior Court of Quebec. Before law school, he studied business at McGill's Faculty of Management. He was a recipient of the J.W. McConnell Scholarship.

From 2004 to 2013, Boidman joined Barclays Capital (originally Lehman Brothers) in the investment banking division in New York City. During his stint at Barclays Capital, he executed more than $40 billion in transactions.

He was head of the firm's Out-of-Home Advertising (DOOH), TV broadcasting and radio coverage and was a senior member of the firm's Defense/Activism team. At Lehman Brothers, he was an associate and then vice president in the Global Mergers and Acquisitions Group and a member of its Global Advisory Committee. During this period, he was an advisor to Lionsgate for the acquisition of Summit Entertainment; to Van Wagner for the acquisition of Fuel Outdoor; to TicketMonster for sale to Living Social, and Discovery Communications for acquisitions of HowStuffWorks and Convex Group.

In 2007, Boidman (under the pseudonym Steve Smith) and Jon Ziefert, both testicular cancer survivors, launched the e-commerce site "AntiOX In-A-Box."

On Nov. 9, 2012, Boidman started the process for RMG Networks to become a public company. According to a Second Amended and Restated Offer To Purchase For Cash SEC document:

"On November 9, 2012, Mark Boidman of Barclays Capital, Inc., RMG’s investment banker, introduced an associate of Donald R. Wilson, Jr., the beneficial owner of DOOH, to Garry McGuire, Chief Executive Officer of RMG, via teleconference. Mr. Wilson had made previous investments in the digital-out-of-home advertising industry, and Mr. Wilson’s associates had previously been introduced to Mr. Boidman as an investment banker in the sector."

A managing director at PJ SOLOMON (formerly Peter J. Solomon Company), in the Technology and Media Advisory Practice, Boidman is responsible for the firm's digital media, marketing services, mobile, and out-of-home media practices. Additionally, he serves on the board of directors of the Digital Signage Federation, a not-for-profit organization dedicated to the advancement of the Digital Signage industry. He is a frequent speaker at industry events, including Digital Signage Expo (DSE) and The DailyDOOH Investor Conference (which takes place in New York City each October). In 2014, he was a DSE Recognized Faculty Member, having contributed to the advancement of professional education in the digital signage, digital out-of-home and interactive technology industries.

He is a member of the New York and Massachusetts State Bars.

In May 2013, Boidman joined New York investment bank PJ SOLOMON as Director in the Media, Entertainment, Communications and Technology Advisory Practice. At the time of the announcement, then president Kenneth T. Berliner stated: "Mark will deepen our presence in the media sector with his expertise in out-of-home advertising, TV broadcasting, and radio coverage."

He is a senior manager for the firm's digital and mixed media, and out-of-home media practices; including covering companies in the advertising sector, such as digital signage and digital out-of-home. He became managing director in March 2014.

Early 2014, PJSC announced that Boidman would be a keynote speaker at the Digital Signage Expo DSE2014 in Las Vegas, Nevada. His keynote "How out-of-home advertising is facilitating the shift from e-commerce to m-commerce" explored how "With the convergence of media and retail with technology, DOOH advertisements are becoming the point-of-sale and the new shop window;" highlighting the importance of content, in advertising, as a vehicle to engage an audience.

Additionally Boidman was elected to the board of directors of Digital Signage Federation.

In November 2014, it was announced that Boidman would appear at the 2015 International Consumer Electronics Show (CES.) He presented on emerging Digital Out-of-Home technologies, and discussed the relationship between digital media, technology, and valuing content, alongside Michael LaSalle from Shamrock Capital and Allison Goldberg from Time Warner Investments.

In February 2015, Boidman was appointed Member of the Advisory Board at Gimbal, Inc. a geofencing and digital beacon technology company developed as a part of Qualcomm Labs and spun off in May 2014. In June 2015, Boidman was recognized as a 2015 40 Under Forty honoree by the National Association of Certified Valuators and Analysts (NACVA) and the Consultants' Training Institute (CTI). In December 2015, Boidman was awarded Deal Maker of the Year USA / Media and Communications by Business Worldwide Magazine.

In November 2015, he was named Investment Banking MD of the Year as part of Corporate Vision's 2015 Executive Awards.

A cancer survivor, he co-founded (under the pseudonym Steve Smith) "AntiOX In-A-Box" in 2007. The e-commerce company is dedicated to promoting antioxidant snacks, products, and healthy habits for cancer patients. Part of the annual profits are donated to universities researching the health effects of antioxidants.

He is divorced from Andrea Boidman, former executive director of the Hearing Health Foundation, and current executive director of the Osteo Science Foundation, a not-for-profit organization dedicated to advancing hard and soft tissue regeneration in the area of oral, cranial, and maxillofacial surgery through high-quality basic and clinical research.

In an interview, September 2013, Boidman expressed his views regarding the intersection between DOOH and other sectors like healthcare, radio and TV, transit, cinema and retail:

"There’s been a lot of talk about consolidation, but I really think that we are at the point where 2014 will see it happen,"
"In 2014, we see synergies in putting together companies in various sectors: in transit, in healthcare, and in entertainment – which includes restaurants and theaters, too. Consolidation opens the door to different types of advertisers for many companies that are currently too small to attract them. It increases the number of eyeballs, and more eyeballs interest advertisers."

His article "Out-of-Home Media as the Gateway to Mobile Commerce and Retargeting" was published in February 2014 in the Journal of Retail Analytics, a quarterly publication by Platt Retail Institute, LLC. an international consulting and research firm that focuses on the use of technology to impact the customer experience. In this article, he addresses the role of new technology in delivering more capable and cost-effective DOOH media platforms to bridge the digital/mobile commerce gap. An example of these platforms is the public transportation network with digital signage included in taxis, public transit buses, and trains, where innovations in the application of DOOH emerge as transit authorities advance their usage.

In May 2015, Boidman was one of seven featured speakers at the 2015 OAAA-TAB National Convention + Expo in San Diego, alongside the author, Malcolm Gladwell. Boidman made specific recommendations to the attendees, including using technology to demonstrate ROI of OOH advertising, and creating an open structure data management platform that would involve using data to target audiences.

In July 2015, the City of New York announced an initiative to bring free, high-speed broadband service to more than 16,000 New Yorkers living in five public housing developments in Queens, Brooklyn, and the Bronx. Smart city initiatives could represent a $1.5 trillion opportunity for the decade preceding 2015 for software and hardware companies, according to Boidman.

"Cisco and IBM have been focused on this space for a while, but they haven’t wanted to talk about it. Now they want to talk about it, and a lot of that has to do with Smart Cities," said Boidman."If you can use these solutions to help make out-of-home smarter, then more dollars should flow to digital out-of-home media."

Boidman is an advocate for better practices regarding privacy-friendly real-time data and analytics in the OOH and DOOH industries. His work in that field includes interviews and panels such as DSE's 2015 seminar focused on the way in which mobile is integrated into company strategies to provide a greater ROI. And DSE's 2016 keynote addressing the state of the industry.

Mobile and beacon technologies transform OOH media, enabling advertisers to engage consumers on the go. OOH smart billboards feature beacons and other devices that help track travel patterns, behavior and other information of interest to advertisers. These billboards tap into the data on mobile phones of passersby.

In Boidman's opinion, "In the world of online, they can track you with cookies, they know where you’ve been and where you’re going next. It’s almost the same thing in real life." "From a privacy standpoint, people are willing to give up information about themselves, as long as it’s aggregated and anonymous," he says. "They’re very comfortable [doing so] in order to get valuable information in return that’s going to help them. Our view is it’s the same thing online. Some people find it okay that they’re being tracked and certain targeted ads head their way."

Regarding the impact that such developments as Heterogeneous System Architecture (HSA) and OpenCL, Boidman argues: "Everybody is looking for software to do more and for less money, and technologies such as HSA and OpenCL make it easier to design low-power devices and improve performance for the designer, the [designer’s OEM] customer and the user. Writing programs across platform solutions that allow people to connect seamlessly with digital signage is the future." And advocates for the use of the term intelligent visual communications rather than digital signage.

The contents of this page are sourced from Wikipedia article on 03 Jul 2020. The contents are available under the CC BY-SA 4.0 license.
View Mark Boidman 's image gallery
Image Gallery 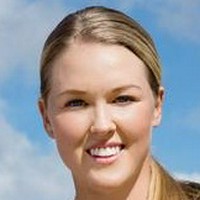 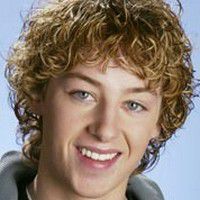 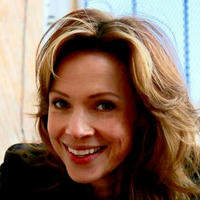 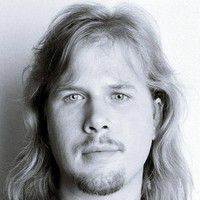 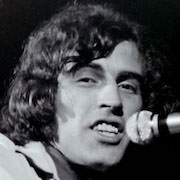 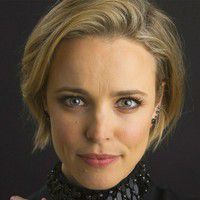