Originally from Taranaki, New Zealand, Anscombe moved to Auckland at a young age and played as a flanker in Auckland for East Coast Bays. He played for an Auckland representative team in 1977, before playing provincial rugby for the newly founded team North Harbour between 1985 and 1989. He captained the side on many occasions, guiding them to the National Provincial Championship Second division title in 1987.

After playing in New Zealand for 15 years, Anscombe turned his attention to coaching, where he began in 1994 in Dublin. He was the head coach for Old Wesley in the All-Ireland League where in his first season in charge, the side finished sixth, while in eighth in his second. In 1996, he gained a professional contract with English side Moseley as a director of rugby, where he signed six internationals to the club. However, his stay at the club was short lived, as Anscombe left the club in February 1997, being replaced with Allan Lewis After a short break in New Zealand, Anscombe became a highly recognized coach in Auckland, after coaching the Auckland Colts between 1999 and 2000, before becoming a development coach for the region in 2001. In 2002 and 2003, he joined the regions Super 12 side the Blues as a development coach, which saw Anscombe coach the up and coming talent in the franchise.

In March 2008, Anscombe was appointed by the New Zealand Rugby Union as an assistant coach for the inaugural IRB Junior World Championship. Anscombe and head coach Dave Rennie made a formidable partnership at the "Baby Blacks", guiding the side to consecutive Champions between 2008 and 2010. During that time, Anscombe coached Auckland in a period that was largely unsuccessful, though narrowly lost out on the final in 2010 after losing to Waikato 38–37. In 2011, Anscombe replaced Rennie as the head coach of the New Zealand Under-20's team, guiding the Baby Blacks to a fourth consecutive title. At the end of 2011, after a poor season with Auckland, Anscombe left the province and headed over seas.

In 2012, he was named the new Ulster head coach, replacing Brian McLaughlin who failed to get his contract re-signed. His first competitive game as Ulster coach was on 31 August 2012, an 18–10 win against Glasgow Warriors in the 2012–13 Pro 12 at Ravenhill. Ulster finished top of the table with 17 wins, and after beating Welsh side Scarlets in the Semi-finals 28–17, it was an-all Ireland final between Ulster and Leinster. Leinster were the eventual champions, defeating Anscombe's side 24–18. In Europe, Ulster was seeded fifth after the pool phase of the 2012–13 Heineken Cup, however, they were defeated by Saracens in the quarters 27–16. In Anscombe's second season in charge, Ulster finished fourth at the end of the regular season, but was again beaten by Leinster in the Semi-finals 13–9. However, Ulster won all 6 of their Pool games in the 2013–14 Heineken Cup, which included over English and French giants Leicester Tigers and Montpellier. However, like in 2012, they faced Saracens in the quarter-finals and lost, this time 17–15. On 30 June 2014, Anscombe left his position as Ulster Rugby's head coach after two seasons in charge at Ravenhill.

On 30 March 2016, Anscombe was named the new head coach of the Canadian national team, replacing interim head coach Francois Ratier. His first match in charge was a home game against Japan at BC Place, where despite being in the lead for most of the match, Japan were the victors, 26–22. A week later, Canada defeated Russia 46–21, and were narrowly beaten by Italy on 26 June 2016 20 points to 18.

New Zealand Under-20 (as assistant coach)

New Zealand Under-20 (as head coach) 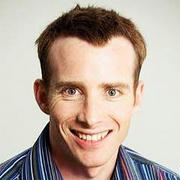