Marius Goring, CBE (23 May 1912 – 30 September 1998) was an English stage and screen actor. He is best remembered for the four films he made with Powell & Pressburger, particularly as Conductor 71 in A Matter of Life and Death and as Julian Craster in The Red Shoes, and also for the title role in the long-running TV drama series, The Expert. He regularly performed French and German roles.

Goring was born in Newport, Isle of Wight, the son of an eminent physician and researcher, Dr Charles Goring, the author of The English Convict, and Kate Macdonald. After attending the Perse School in Cambridge, where he became a friend of an older boy, the future documentary film maker Humphrey Jennings, he studied at the universities of Frankfurt, Munich, Vienna and Paris. He first performed professionally in 1927. His early stage career included appearances at the Old Vic, Sadler's Wells, Stratford and several European tours; he was fluent in French and German. He first worked in the West End in a 1934 revival of Granville-Barker's The Voysey Inheritance at the Shaftesbury Theatre. During the 1930s, he played a variety of Shakespearean roles, including Feste in Twelfth Night (1937), Macbeth and Romeo, in addition to Trip in Sheridan's The School for Scandal. In 1929, he became a founding member of British Equity, the actors' union, and became its president from 1963 to 1965, and again from 1975 to 1982. Goring's relationship with his union was fraught with conflict: he took it to litigation on three occasions. In 1992, he unsuccessfully sought to end the restriction on the sale of radio and television programmes to apartheid South Africa.

During World War II he joined the army, becoming supervisor of BBC radio productions broadcasting to Germany which was called Germany and continued to act under the name Charles Richardson, because of the association of his name with Hermann Göring. In 1941, he married his second wife, the actress Lucie Mannheim, who worked with him in The Adventures of the Scarlet Pimpernel. Lucie died in 1976, and the next year Goring married television producer Prudence Fitzgerald, who survived him. In the 1946 film A Matter of Life and Death Goring played Conductor 71 whose role is to ‘conduct’ Peter Carter (David Niven) to the afterlife. In the film Odette released in the UK 1950 Goring played the role of the SS officer who deceived and captured Odette. The film is based on the real story of Odette Sansom, the first living woman to be awarded the George Cross.

Goring's voice provides the narration of the sound and light show performed regularly in the evening at the Blue Mosque in Istanbul, Turkey.

He was made a Fellow of the Royal Society of Literature in 1979 and appointed Commander of the Order of the British Empire (CBE) in 1991. He died from cancer in 1998 aged 86 in Heathfield, East Sussex.

The contents of this page are sourced from Wikipedia article on 09 Mar 2020. The contents are available under the CC BY-SA 4.0 license.
View Marius Goring 's image gallery
Image Gallery 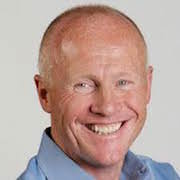 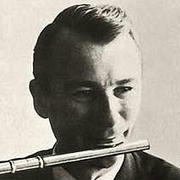