Marisa Monte was born in Rio de Janeiro, daughter of the engineer Carlos Saboia Monte and Sylvia Marques de Azevedo Monte. On her father's side, she is descended from the Saboias, one of the oldest Italian families in Brazil. She studied singing, piano, and drums as a child, and began studying opera singing at 14. In 1982, she participated in a production of The Rocky Horror Picture Show directed by Michael Falabella, with students from the Colegio Andrews.

After failing to break through into 1980s Brazilian pop rock she went into semi-exile in Italy where she met the famous producer Nelson Motta. Thereafter she became a hybrid of MPB diva and pop rock performer. While most of her music is in the style of modern MPB, she has also recorded traditional samba and folk tunes as well as songs performed by Marvin Gaye, Lou Reed, and George Harrison. Much of her work has been in collaboration with musicians/songwriters Carlinhos Brown, Arnaldo Antunes, and Nando Reis and producer Arto Lindsay. She has also worked with foreign artists such as Laurie Anderson, David Byrne, Ryuichi Sakamoto, and Julieta Venegas. She has performed live in the United States in such venues as The House of Blues.

At nineteen, she moved to Rome, Italy, where she studied bel canto for 10 months. After that, she began appearing in bars and nightclubs singing Brazilian music, accompanied by friends. One of these shows was attended by the producer Nelson Motta, who directed her first show in Rio de Janeiro upon her return. The Veludo Azul show had seasons in Rio and São Paulo, and caught the attention of record companies.

Monte had already enjoyed much popular and critical success before launching her first album. At the time, she was invited to record her first special by the television program TV Manchete, which was called MM, and released as on LP and VHS. Her first big hit appeared on this album, Bem Que Se Quis (the Nelson Motta version for the Italian composer Pino Daniele's E Po' Che Fa). Her hit was played exhaustively on Brazilian radio stations, and was included on the soundtrack of Lauro César Muniz's soap opera O Salvador de Pátria on the Globo network (1989). The soundtrack sold 500 thousand copies, a big success for an emerging artist in Brazil. The album is No. 62 on the list of 100 greatest Brazilian music albums.

In 1991, Marisa Monte released her second album, titled Mais, on EMI. The positive reviews, affirming that she had matured from her previous album, introduced her to the international market, this being her first album as a songwriter. This album sold even more than the previous one, and produced the hit "Beija Eu", considered one of the best MPB songs, coming in in 26th position, in a study published by journalist Zeca Camargo on Portal G1. In 1994, she released her third album, Verde, Anil, Amarelo, Cor-de-Rosa e Carvão. Produced by Arto Lindsay, the same producer as her previous album, and co-produced by her, it was very well received by critics and the public, and is considered the best of the singer's career. Among the songs released was the single "Segue o Seco", which won five MTV Brazil Video Music Awards in 1995, in the categories of Best Video of the year, Best MPB Video, Best Video Direction, Best Video Photography, and Best Video Editing. Verde, Anil, Amarelo, Cor-de-Rosa e Carvão reached the 1 million mark in copies sold. This album is on the list of the 100 best albums of Brazilian music, in position No. 87.

In 1996, she contributed a version of "Waters of March", in a duet with David Byrne, to the AIDS benefit compilation album Red Hot + Rio produced by the Red Hot Organization. She also collaborated with Bonga and Carlinhos Brown on the track "Mulemba Xangola" for the AIDS benefit compilation album Onda Sonora: Red Hot + Lisbon produced by the same organization.

In 2000, she released Memórias, Crônicas, e Declaracões de Amor, which was followed by a DVD of the same name in 2001, being a recording of her performances over three nights at the ATL Hall, in Rio de Janeiro.

In 2011, she contributed a collaboration with Devendra Banhart and Rodrigo Amarante "Nú Com A Minha Música" ("Naked with My Music") for the Red Hot Organization's most recent charitable album "Red Hot+Rio 2." The album is a follow-up to the 1996 "Red Hot+Rio."

On August 12, 2012, at the London 2012 Summer Olympics closing ceremony, Monte was the first Brazilian singer performing during Rio de Janeiro's side of the Olympic Flag handover – she initially sang the classical Brazilian piece Bachianas Brasileiras No. 5, representing Brazilian folklore's Yemanjá deity. She later sang, alongside Brazilian performers BNegão and Seu Jorge, the samba "Aquele Abraço", translated as "That embrace", closing Rio's presentation for the occasion while Pelé was revealed to be present at the ceremony, disguised as Rio's traditional "Malandro do Morro".

Monte owns the rights to all of her songs; it was her chief demand for renewing her contract with EMI Music. 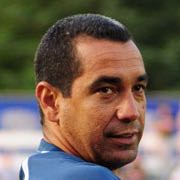 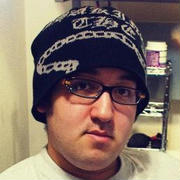