Mario Ramberg Capecchi (Verona, Italy, 6 October 1937) is an Italian-born American molecular geneticist and a co-winner of the 2007 Nobel Prize in Physiology or Medicine for discovering a method to create mice in which a specific gene is turned off, known as knockout mice. He shared the prize with Martin Evans and Oliver Smithies. He is currently Distinguished Professor of Human Genetics and Biology at the University of Utah School of Medicine.

Mario Capecchi was born in Verona, Italy, as the only child of Luciano Capecchi, an Italian airman who would be later reported as missing in action while manning an anti-aircraft gun in the Western Desert Campaign, and Lucy Ramberg, an American-born daughter of Impressionist painter Lucy Dodd Ramberg and German archaeologist Walter Ramberg. During World War II, his mother was sent to the Dachau concentration camp as punishment for pamphleteering and belonging to an anti-Fascist group. Prior to her arrest she had made contingency plans by selling her belongings and giving the proceeds to a peasant family near Bolzano to provide housing for her only child. However, after one year, the money was exhausted and the family was unable to care for him. At four-and-a-half years old he was left to fend for himself, living as a street child on the streets of northern Italy for the next four years, living in various orphanages and roving through towns with groups of other homeless children.

He almost died of malnutrition. His mother, meanwhile, had been freed from Dachau and began a year-long search for him. She finally found him in a hospital bed in Reggio Emilia, ill with a fever and subsisting on a daily bowl of chicory coffee and bread crust. She took him to Rome, where he had his first bath in six years.

In 1946 his uncle, Edward Ramberg, an American physicist at RCA, sent his sister money to return to the United States. He and his mother moved to Pennsylvania to live at an "intentionally cooperative community" called Bryn Gweled, which had been co-founded by his uncle. (Capecchi's other maternal uncle, Walter Ramberg, was also an American physicist who served as the tenth president of the Society for Experimental Stress Analysis.) He graduated from George School, a Quaker boarding school in Bucks County, Pennsylvania, in 1956.

Mario Capecchi received his Bachelor of Science in chemistry and physics in 1961 from Antioch College in Ohio. Capecchi came to MIT as a graduate student intending to study physics and mathematics, but during the course of his studies, he became interested in molecular biology. He subsequently transferred to Harvard to join the lab of James D. Watson, co-discoverer of the structure of DNA. Capecchi received his Ph.D. in biophysics in 1967 from Harvard University, with his doctoral thesis completed under the tutelage of Watson.

Capecchi was a Junior Fellow of the Society of Fellows at Harvard University from 1967 to 1969. In 1969 he became an Assistant Professor in the Department of Biochemistry at Harvard Medical School. He was promoted to Associate Professor in 1971. In 1973 he joined the faculty at the University of Utah. Since 1988 Capecchi has also been an investigator of the Howard Hughes Medical Institute. He is a member of the National Academy of Sciences. He has given a talk for Duke University's Program in Genetics and Genomics as part of their Distinguished Lecturer Series. He was the speaker for the 2010 Racker Lectures in Biology & Medicine and Cornell Distinguished Lecture in Cell and Molecular Biology at Cornell University.

In May 2008, Capecchi met with Bonelli, 69, in northern Italy, and confirmed that she was his sister.

Capecchi has also pursued a systematic analysis of the mouse Hox gene family. This gene family plays a key role in the control of embryonic development in all multicellular animals. They determine the placement of cellular development in the proper order along the axis of the body from head to toe. 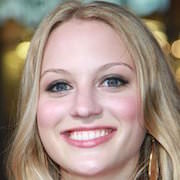 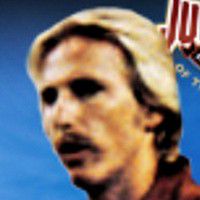