Bunge was born on September 21, 1919, in Buenos Aires (Argentina). His mother, Marie Herminie Müser, was a German nurse who left Germany just before the beginning of World War I. His father, Augusto Bunge, also of some German descent, was an Argentinian physician and socialist legislator. Mario, who was the couple's only child, was raised without any religious education, and enjoyed a happy and stimulating childhood in the outskirts of Buenos Aires.

Bunge had four children: Carlos F. and Mario A. J. (with ex-wife Julia), and Eric R. and Silvia A., with his wife of over 60 years, the Argentinian mathematician Marta Cavallo. Mario lived with Marta in Montreal since 1966, with one-year sabbaticals in other countries.

Bunge began his studies at the National University of La Plata, graduating with a Ph.D. in physico-mathematical sciences in 1952. He was professor of theoretical physics and philosophy, 1956–1966, first at La Plata then at University of Buenos Aires. He was, until his retirement at age 90, the Frothingham Professor of Logic and Metaphysics at McGill University in Montreal, where he had been since 1966.

Bunge was a prolific intellectual, having written more than 400 papers and 80 books, notably his monumental Treatise on Basic Philosophy in eight volumes (1974–1989), a comprehensive and rigorous study of those philosophical aspects Bunge takes to be the core of modern philosophy: semantics, ontology, epistemology, philosophy of science and ethics. In his Treatise, Bunge developed a comprehensive scientific outlook which he then applied to the various natural and social sciences.

An inspection of his work allows one to identify a variety of scientists and philosophers who have influenced his thought in one way or another. Among those thinkers, Bunge explicitly acknowledged the direct influence of his own father, the Argentine physician Augusto Bunge, the Czech physicist Guido Beck, the Argentine mathematician Alberto González Domínguez, the Argentine mathematician, physicist and computer scientist Manuel Sadosky, the Italian sociologist and psychologist Gino Germani, the American sociologist Robert King Merton, and the French-Polish epistemologist Émile Meyerson.

In the political arena, Bunge defined himself as a left-wing liberal and democratic socialist, in the tradition of John Stuart Mill and José Ingenieros. He was also a supporter of the Campaign for the Establishment of a United Nations Parliamentary Assembly, an organisation which advocates for democratic reform in the United Nations, and the creation of a more accountable international political system.

Popularly, he is known for his remarks considering psychoanalysis as an example of pseudoscience. He also freely criticized the ideas of well known scientists and philosophers such as Karl Popper, Richard Dawkins, Stephen Jay Gould, and Daniel Dennett.

In his review of Between Two Worlds: Memoirs of a Philosopher-Scientist, James Alcock saw in Bunge "a man of exceedingly high confidence who has lived his life guided by strong principles about truth, science, and justice" and one who is "[impatient] with muddy thinking".

Mario Bunge was distinguished with twenty-one honorary doctorates and four honorary professorships by universities from both the Americas and Europe. Bunge was a fellow of the American Association for the Advancement of Science (AAAS) (1984–) and of the Royal Society of Canada (1992–), and he is in the Science Hall of Fame of the AAAS. In 1982 he was awarded the Premio Príncipe de Asturias (Prince of Asturias Award), in 2009 the Guggenheim Fellowship, and in 2014 the Ludwig von Bertalanffy Award in Complexity Thinking.

The contents of this page are sourced from Wikipedia article on 05 Apr 2020. The contents are available under the CC BY-SA 4.0 license.
View Mario Bunge 's image gallery
Image Gallery 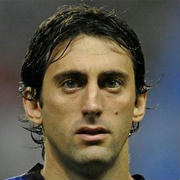 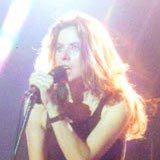