Mario Botta (born April 1, 1943) is a Swiss architect. He studied at the Liceo Artistico in Milan and the IUAV in Venice. His ideas were influenced by Le Corbusier, Carlo Scarpa, Louis Kahn. He opened his own practice in 1970 in Lugano.

Botta designed his first buildings at age 16, a two-family house at Morbio Superiore in Ticino. While the arrangements of spaces in this structure is inconsistent, its relationship to its site, separation of living from service spaces, and deep window recesses echo of what would become his stark, strong, towering style. His designs tend to include a strong sense of geometry, often being based on very simple shapes, yet creating unique volumes of space. His buildings are often made of brick, yet his use of material is wide, varied, and often unique.

His trademark style can be seen widely in Switzerland particularly the Ticino region and also in the Mediatheque in Villeurbanne (1988), a cathedral in Évry (1995), and the San Francisco Museum of Modern Art or SFMOMA (1994). He also designed the Europa-Park Dome, which houses many major events at the Europa-Park theme park resort in Germany. Religious works by Botta, including the Cymbalista Synagogue and Jewish Heritage Center were shown in London at the Royal Institute of British Architects in an exhibition entitled, Architetture del Sacro: Prayers in Stone. “A church is the place, par excellence, of architecture,” he said in an interview with architectural historian Judith Dupré. “When you enter a church, you already are part of what has transpired and will transpire there. The church is a house that puts a believer in a dimension where he or she is the protagonist. The sacred directly lives in the collective. Man becomes a participant in a church, even if he never says anything.”

In 1998, he designed the new bus station for Vimercate (near Milan), a red brick building linked to many facilities, underlining the city's recent development. He worked at La Scala's theatre renovation, which proved controversial as preservationists feared that historic details would be lost.

In 2004, he designed Museum One of the Leeum, Samsung Museum of Art in Seoul, South Korea. On January 1, 2006 he received the Grand Officer award from President of the Italian Republic Carlo Azeglio Ciampi. In 2006 he designed his first ever spa, the Bergoase Spa in Arosa, Switzerland. The spa opened in December 2006 and cost an estimated CHF 35 million. Mario Botta participated in the Stock Exchange of Visions project in 2007. He was a member of the Jury of the Global Holcim Awards in 2012. 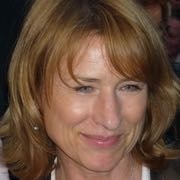 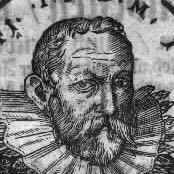