Mario Adorf (born 8 September 1930) is one of the most famous German film and stage actors who played leading roles in numerous films, among them the 1979 film The Tin Drum. Additionally, he is the author of several successful mostly autobiographical books.

Adorf was born in Zürich, Switzerland, the illegitimate child of an Italian surgeon and a German medical assistant. He grew up in his maternal grandfather's hometown, Mayen, where he was raised by his unmarried mother. He rose to fame in Europe, and particularly Germany, and also made appearances in international films, including Ten Little Indians and Smilla's Sense of Snow. He also played a small role in the BBC adaptation of John le Carré's Smiley's People as a German club owner. In Italy he was the main protagonist of the Zu Gino TV series (1985), as well as a number of movies.

In the 60's, he married Lis Verhoeven. The couple had a child, Stella, prior to their divorce. He starred with Barbara Bouchet in Milano Calibro 9 in 1972. In 1985, he married Monique Faye. Adorf remains very active in German shows, television, and theatre.

Adorf still regrets that he refused parts in Francis Ford Coppola's The Godfather (1972) and Billy Wilder's One, Two, Three (1961). He also turned down the role of General Mapache in Sam Peckinpah's The Wild Bunch (1969), because he felt the character was too violent. In 1996, he provided the German dubbing voice for the character Draco in Dragonheart, a role performed by Sean Connery. 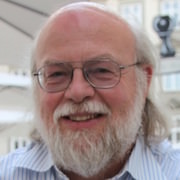