Marina Yevgenyevna Salye (Russian: Мари́на Евге́ньевна Салье́; 19 October 1934 – 21 March 2012) was a Russian geologist and politician, being the former deputy of the legislative assembly of Leningrad. She was also a people's deputy in the Congress of People's Deputies of the RSFSR until September 1993, when the congress was dissolved. Salye was one of the leaders of the radical pro-reform group called Radical Democrats.

In 1992 Marina Salye headed a special commission in St.Petersburg, which found that on the basis of documents signed by Vladimir Putin, then chairman of the city's Foreign Relations Committee, and his deputy, the city had exported rare earth metals, oil products and other raw materials for over 100 million dollars. These were barter contracts. In return, the city, where there were food shortages, should have received deliveries of foodstuffs, but the foodstuffs never materialised.

Marina Salye criticised Putin in the mass media until 2000, when he was elected president. Then she moved to a remote village and did not speak to journalists for 10 years.

In March 2010 she gave an interview to Radio Liberty. Over time she had written memoirs and completed a large portion of them. The memoirs are based on an archive of documents containing illegal decisions of the city administration including Vladimir Putin.

In March 2010 Salye signed the online anti-Putin manifesto of the Russian opposition "Putin must go". Shortly before her death, she had also joined the People's Freedom Party. She claimed that the years 1990-93 Lensovet members found that Vladimir Churov, head of the Russian election committee, and Igor Artemyev, head of the Antimonopoly service, worked for the KGB. 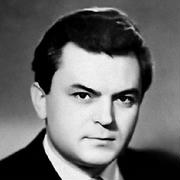 Former President of the Udmurt Republic