Marina Dalmas better known as Marina Kaye (born 9 February 1998 in Marseille, Provence-Alpes-Côte d'Azur, France) is a French singer, songwriter, composer and actress. Most famous for the hit "Homeless", she has released the EP Homeless in 2014 and the album Fearless in 2015.

On 14 December 2011, she won the sixth season of the French talent show La France a un incroyable talent, the French version of the Got Talent series when she was just 13. She sang "Rolling in the Deep" and "Set Fire to the Rain" from Adele and "Firework" from Katy Perry.

In 2012, she opened for the French musical comedy Adam et Ève: La Seconde Chance (mis en scène by Pascal Obispo). She also released a number of covers online and opened for Thirty Seconds to Mars at Palais des Festivals de Cannes and for Florent Pagny tour Vieillir Ensemble and in 2014 for 5 of Lindsey Stirling's concerts in France.

On 18 May 2015, she released the album Fearless recorded in London and New York which includes the song "Freeze you out" written by Sia. The album went triple platinum in France.

In 2017, she will play in Papounet, a French comedy directed by Dominique Farrugia. She was born on February 1998 from a French father Jean-Marc Delmas and an Algerian mother, Nadège, from Kabylie. She had a well-publicized feud with her father after he said on his own Facebook that her daughter was under immense psychological pressure and isolated from the realities of the world. He also blamed her for changing her name as an attempt to cut herself from her roots. She retorted that she was shocked and hurt by these declarations and said this was a continuation of what she described as a "traumatic childhood" in her youth adding that her own father just wanted to destroy her career to which Delmas responded: "What father would like to destroy their children and their future?". 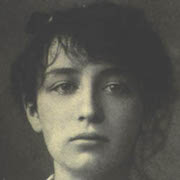