Marielle Goitschel (born 28 September 1945 in Sainte-Maxime) is a former French alpine skier. Marielle is the younger sister of Christine Goitschel, another champion skier of the time, and the aunt of speed skier Philippe Goitschel.
After great success in the 1962 World Championships and 1964 Winter Olympics, winning 5 medals including 3 golds, Goitschel was considered the world's best female skier. She continued her domination at the 1966 World Championships in Portillo, Chile, winning medals in all 4 events, with 3 golds and one silver. When the alpine skiing World Cup debuted a few months after those championships in January 1967, Goitschel was expected to again dominate the circuit that season. However, she narrowly lost the overall title to Nancy Greene of Canada, but did take the discipline cup in downhill and tied for the win in slalom with her compatriot Annie Famose . During the next season, she again missed the overall title, finishing only 4th while repeating as slalom champion. She won her final gold medal in slalom at the 1968 Winter Olympics in Grenoble, and then retired from ski racing after that season. Goitschel's total of 11 World Championships medals in alpine skiing is second all-time among women to the 15 won by Christl Cranz of Germany (see the note below).
Marielle and sister Christine were the first ever female siblings on the same individual's event Olympic podium, winning the gold (Christine) and silver (Marielle) medals in the 1964 Olympic Women's slalom. They would repeat the feat two days later, switching their gold-silver order, in the 1964 Olympic Women's giant slalom. 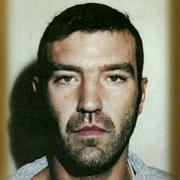