Marie Watt was born in 1967 in Seattle, Washington. She holds an AFA from the Institute of American Indian Arts, a BS from Willamette University and an MFA in Painting and Printmaking from Yale University. Watt is a member of the Turtle Clan of the Seneca Nation and her father is a son of Wyoming ranchers. These two side of her background have influenced her artwork and Watt describes herself as "half Cowboy and half Indian."

Watt works primarily in lithography, sculpture, and installation. For her sculpture and installation, she uses a variety of materials, including everyday objects, as well as textiles, alabaster, slate, and cornhusks She cites Pop art, Abstract Expressionism, and indigenous visual traditions as sources for her work. In 2002, her stone sculpture Pedestrian was installed along the east bank of the Willamette River in Portland. Her work has appeared in several exhibitions in the Pacific Northwest.

Watt involves community effort when creating artworks. In her project Blanket Stories: Transportation Object, Generous Ones, Trek at the Tacoma Art Museum involved creating large scale installations out of blankets donated by the community. Not only are the blankets the medium but "Watt believes that blankets provide access to social connections, historical traditions, and cross-cultural meanings." Watt hosts sewing circles in which she invites a group to gather and work such as with the piece Forget me not: Mothers and Sons in which they constructed portraits of servicemen (and one woman) from Oregon killed in the Iraqi war.

In September 2004, as part of the Continuum 12 artists series, an exhibit of her work opened in New York City and the George Gustav Heye Center of the National Museum of the American Indian. The exhibit includes Blanket Stories, a sculpture made of two towers of wool blankets, with each stack sewn together with a central thread. The blankets are ones Watt collected over several years, including many Hudson's Bay point blankets that were given to Native Americans in trade by the Hudson's Bay Company during the 19th century.

In 2011, the Bill & Melinda Gates Foundation commissioned Watt to produce a site-specific artwork for their Seattle campus. The work, entitled Blanket Stories: Matriarch, Guardian and Seven Generations, is a 14-foot column of wool blankets from all over the world and is located in the building's lobby. Describing how the materials fit this specific location, Watt wrote, "It's the first column I've made with the explicit goal of collecting and integrating blankets from around the world, echoing the Foundation's global mission; the column will be constructed of reclaimed blankets and reclaimed cedar, in resonance with the campus' goal of attaining LEED Gold certification."

She is currently a professor at Portland Community College and the gallery coordinator of its Northview Gallery.

Founder of Wall Drug in South Dakota, US 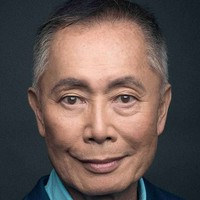 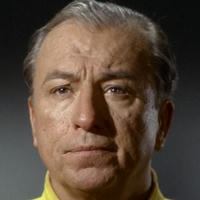