Marian Lois Robinson (née Shields; July 30, 1937,) is the mother of former First Lady of the United States Michelle Obama and American basketball executive Craig Robinson. Through Michelle's marriage, she is the mother-in-law of former President Barack Obama. She is the maternal, and the only living grandparent of Malia Obama and Sasha Obama.

Marian Lois Robinson was born as Marian Lois Shields on July 30, 1937, in Chicago to Purnell Nathaniel Shields and his wife Rebecca Jumper. Her father was a house painter and her mother was a licensed practical nurse.

She has six siblings — four sisters and two brothers. Her youngest brother, Steve Shields, is a yoga teacher, hypnotherapist and master of the Japanese Reiki healing technique, and co-owner of Keystone Healing Center, at 4321 N. Keystone Ave in Chicago.

Robinson's ancestors had moved from Georgia to Chicago in the early 20th century during the Great Migration.

Growing up, Robinson attended public schools. In her adult life, she worked as a secretary for mail-order retailer Spiegel, at the University of Chicago, and at a bank.

She married Fraser Robinson III, a Chicago water department employee, on October 27, 1960, in Chicago. They had two children together, Craig Malcolm Robinson and Michelle LaVaughn (later Michelle Obama), named after Fraser's mother. Both she and her husband had extended families in Chicago, whom they saw frequently at holidays and other times. Fraser had multiple sclerosis and died in 1991.

While Michelle and Barack Obama campaigned in 2008, Robinson tended her granddaughters. Early in January 2009, it was reported that Robinson would move into the White House with the rest of the First Family in order to provide further transition support for her granddaughters. She was the first live-in grandmother there since Elivera M. Doud, the mother of Mamie Eisenhower, during the Dwight D. Eisenhower administration. Some media outlets have dubbed Robinson the "First Granny."

Robinson has made friends with Bill Clinton's former secretary, Betty Currie, who grew up in Waukegan, Illinois, and they attend performances in the president's box at Kennedy Center.

To cite the article
Citation
We strive for accuracy and fairness. If you notice a mistake, please contact us. Below the article, you will find links to the references used.
View Marian Shields Robinson 's image gallery
Image Gallery 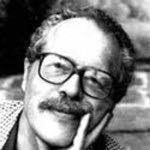 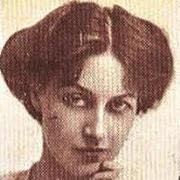