Marian Drăgulescu (born December 18, 1980 in Bucharest) is a Romanian artistic gymnast. During his senior gymnastics career he has won an impressive 29 medals at Olympic games, World or European Championships among which eight gold medals at World Championships. He excels in vault and floor on which he was a multiple world champion and Olympic medallist. His name will remain the history of gymnastics not only because of his world titles on floor (2001, 2002, 2006, 2009) and vault (2001, 2005, 2006, 2009), but also because of the extremely difficult vault named after him: handspring double front somersault with half turn. He was also an excellent all around gymnast: On the all around event he is a European champion (2004) and a bronze medallist (2000), and placed 8th at the 2004 Olympic Games.

As a young boy, Dragulescu only attended gymnastics lessons because they were an excuse to get out of karate. However, as training became more intense he decided to switch to swimming because it was free. His father was not aware that his son was not at gymnastics. But Marian soon went back to the gym as swimming was no longer free after three months.

His debut as a junior at a major international competition was in 1998 European Championships in St. Petersburg. Here he won gold for pommel horse, silver on vault, bronze on floor and with the team and placed eight all around.

His first participation as a senior at a major event was at the 1999 World Championships, where he placed fourth on vault, eight on high bar and 26th all around. One year later he won an all-around bronze, a gold on floor and a silver with the team at the 2000 European championships in Bremen ahead of the Sydney Games. His debut at the Olympic Games in 2000 was rather modest, coming sixth on the floor and 13th in the all-around. He soon overcame the disappointment suffered in Sydney at the world championships at Ghent in Belgium the following year, where he was in top form, winning gold on the floor and on vault. In 2002 he added three more gold medals to his collection on two on vault and with the team and a bronze on floor at the 2002 Europeans and at the 2002 Worlds. For his achievements he was awarded the “Gymnast of the Year Award” (2002) by the International Press Association. He received this award during the 2003 World Championships in Anaheim. Here he won silver on vault, placed fourth on floor in a final in which silver was not awarded, sixth all around and fourth with the team.

The 2004 European Championships in Ljubljana were an especially successful met for Drăgulescu. He helped his team to defend their title previously won in 2002. Additionally, Marian won the all around title, and gold medals on floor and on vault. The only other gymnast to win four gold medals at a European Championships was Nadia Comăneci, who captured four gold medals at the 1975 European Championships. His success at the 2004 Europeans made him one of the favorites for medals at the 2004 Olympic Games in Athens. At the 2004 Olympic Games Drăgulescu helped his team to a bronze medal and was a forerunner in the all around event until a mistake on the high bar, after which he still thrilled the crowd with a difficult routine. He won silver in the men's floor only after a tiebreaker was needed with gold medalist Kyle Shewfelt. On the men's vault he performed the exceptionally difficult vault that bears his name (a handspring double front with half turn) and received a 9.9, the highest score awarded in World or Olympic competition since 1995. It seemed he needed only to land his second vault to take gold, but he fell. However Drăgulescu was still awarded the bronze, a controversial decision because the disparity between the judges scores was greater than is permitted and therefore some or all of them should have been altered. They were not, and Shewfelt was pushed into fourth place. The Canadian federation filed a protest, but the result stood. In 2005 the judges involved were suspended for one year.

Drăgulescu announced his retirement mid-2005, but has since returned and in the world championships in Melbourne in 2005 he won the vault title. He had long been hampered by the lack of a strong second vault, but debuted a new one- a round off half twist entry to forwards two and a half twist. Since then he has dominated that event, retaining his title at the 2006 World Championships in Aarhus, Denmark and winning the floor title as well. Drăgulescu no longer competed in all six events, which had given him more time to focus on those he still trained.

In 2007 he participated at the European Championships which turned to be an unfortunate event for him. On the floor exercise he did not manage to complete his routine. After a heavy landing to the back of his head on a layout Thomas salto, he twice attempted to run into his final tumbling pass. Instead of tumbling, he stopped and walked off the podium. Later in the afternoon Dragulescu competed in the vault final, but missed his second vault (round-off, half-on, 2-1/2 twisting front). The heavy landing caused him a back injury and he was advised by the doctors in Romania to stop training and to undergo a detailed investigation in the United States. Therefore, he missed the 2007 world championships and he resumed training only a couple of months before the 2008 Olympic Games Marian attempted to win an Olympic title on vault at the 2008 Beijing Olympic Games. But, the same situation from Athens 2004 happened at Beijing 2008 too, after a perfect first vault (noted 16.800) he fell at the second one and lost his chance to win his first Olympic Gold Medal. In addition, when comparing to Athens, he did not medal. Instead he placed fourth on vault, seventh on floor and seventh with the team.

Drǎgulescu was very disappointed when he failed to medal at the Beijing Olympics, saying "my soul broke" after he fell on the landing of his second vault attempt. He announced his retirement and his intention to become a gymnastic coach. However, he reconsidered retirement and went to compete in Germany for Fabian Hambuchen’s club, KTV Straubenhardt. In the club's first three competitions, Dragulescu competed on floor and vault, obtaining the league's top scores on the latter event: 16.500 in the first two competitions, and 16.300 in the third one. The club won the second place in December 2008. After competing in the German league Dragulescu formally announced his retirement. He went to coach gymnastics alongside his former team colleagues Marius Urzică and Dan Potra at Dinamo Club Bucharest. He declared that his goal is to create a gymnast better than himself.

However, in 2009 he once again reconsidered his retirement from artistic gymnastics. He had a very successful comeback winning the floor and the vault titles at the 2009 World Artistic Gymnastics Championships.

Drǎgulescu skipped the 2010 European Championships and the 2010 Romanian Nationals. However, he was a member of the Romanian team at the 2010 World Championships. Here he only competed on vault, floor, and high bar but did not manage to qualify with the team or in any event final. After skipping the 2011 spring competition season Drăgulescu once again made a comeback at the Romanian National Championships at the end of August. This competition marked his comeback as an all around gymnast after a break of more than seven years. In October he joined the team at the 2011 World Championships and competed in the preliminary rounds for the Romanian team, helping them to qualify for the 2012 Olympics. He made the all-around, floor and vault finals giving him an opportunity to regain his titles. However, due to an injury he was unable to compete pulling out of all three events.

Drǎgulescu participated in the 2015 Israel Cup, winning Gold in vault. Meanwhile, he has been training a new skill (Dragulescu 2).

On Nov. 1, 2015, he participated in the 2015 World Gymnastics Championships held in Glasgow, Scotland, and won Silver in vault. 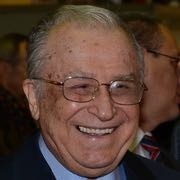