Flying Officer Marium Mukhtiar TBt, PAF (Sindhi: مريم مختيار‎; May 18, 1992 – November 24, 2015) was a Pakistani fighter pilot. She died after a Pakistan Air Force (PAF) FT-7PG aircraft crashed near Kundian in Mianwali District in the northwest of Punjab, Pakistan on November 24, 2015. She is the first female combat pilot of Pakistan who went down on duty.

Marium Mukhtiar Shaikh was the daughter of Col. (Ret'd.) Dr. Mukhtiar Ahmed Shaikh, AMC, and her ancestors were from Pano Akil, Sindh, from a well-known Sindhi Shaikh family. She completed her intermediate from Army Public School and College (APSACS) Malir Cantt Karachi and played football for Balochistan United in the National Women Football Championship. Marium Mukhtiar graduated as a fighter pilot in the Pakistan Air Force in 2014, along with six other women in 132 GD course. She also took active participation in charity work. She was supporting a school for poor children who were unable to afford education.

On Tuesday 24 November 2015, Mariam Mukhtiar Shaikh and Squadron leader Saqib Abbasi were on their routine operational training mission when their plane FT-7PG crashed near Kundian, Punjab.. Both occupants ejected from the cockpit and the plane crash-landed. Abbasi suffered minor injuries in the accident, however Mukhtiar died of her injuries in a military hospital. Marium Mukhtiar ejected along with her co-pilot, but at too low an altitude, an air force spokesman said. She was losing height so when she ejected, she did not have appropriate height that is necessary for ejection,” the spokesman said. Her co-pilot, Squadron Leader Saqib Abbasi, survived with minor injuries, possibly because he managed to eject seconds earlier. Mukhtiar’s death was declared a martyrdom (or "shahadat") by the PAF, which said both pilots “handled the serious emergency with professionalism and courage and tried to save the ill-fated aircraft until the very last minute. Flying Officer Mukhtiar could save her life had she ejected herself before taking PAF FT-7PG out of populous area but both pilots decided to take risk to keep flying the downing jet for taking the jet out of the densely populated area, especially saving a school. The delay in ejection caused martyrdom of Marium Mukhtar, said PAF experienced and retired officers.

She is buried in Malir Cantonment Graveyard.

The Pakistan Senate Standing Committee on Defence (SSCD) recommended Marium Mukhtiar for a state award. She has been awarded with the military award Tamgha-e-Basalat by the Government of Pakistan. 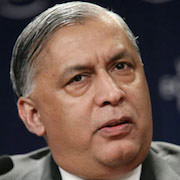