Boscono was born in Rome, Italy. She spent most of her early life travelling because of her father's work. Her parents lived in Thailand before she was born, but after her mother became pregnant they moved to Rome. She spent a couple of years in Rome until moving to Providence and then Key West. She spent her early school years in the States, but her parents thought it would be better for Boscono to study in Italy and reconnect with her Italian heritage. This did not last very long though: at 9 years old Boscono and her family moved to Kenya, living in a village between Malindi and Mombasa. Boscono described her years in Kenya as "the most fantastic in her life".

Boscono was discovered at 17 during a dinner with a family friend who happened to be a photographer. The friend and Boscono's mother encouraged her to begin a modeling career, but Boscono chose to finish school first. Soon after graduating high school she flew to New York City, signed with DNA Model Management, and became one of the favourite models of Karl Lagerfeld. It did not take long for Boscono to rise as an internationally known model, being featured on the cover of Vogue several times and walking in many high fashion runway shows. Recently she was named spokesperson for Hennes & Mauritz, replacing Kate Moss, and during 2006's Fall Fashion Week she traded in her long dark locks for a short platinum blonde hairstyle reminiscent of Jean Seberg. Boscono is living in New York, and calls it her second home, coming second after her birthplace of Rome.

During the 2005 season, Boscono walked in over seventy fashion shows between New York, Milan and Paris. In 2005, she earned an estimated $3,500,000 in the past 12 months for a spot on Forbes' list of the World's 15 Top-Earning Supermodels. Despite this, Boscono was absent from the runways for both the Fall/Winter 2007 and Spring/Summer 2007 seasons. Boscono made her return to the runways in Paris at the Fall/Winter 2008 Couture collection for the House of Dior. Also back is Boscono's natural black hair.

As of 2008, she was the sole face of Emilio Pucci, Hermès, John Galliano, and Moschino ad campaigns and walked for brands like Gucci, Dolce & Gabbana, Fendi, Christian Dior, Versace, Yves Saint Laurent, and Jean Paul Gaultier.

Boscono is now the muse of Givenchy by Riccardo Tisci and has appeared in several campaigns for Givenchy. She is also close friends with fellow top model Natalia Vodianova.

In November 2008, she signed a contract for the new Moschino's fragrance "Glamour", photographed by Patrick Demarchelier and she becomes the new face of the Dolce & Gabbana Spring/Summer 2009 advertising campaign with Brazilian model Caroline Trentini and American model Karlie Kloss.

One of the key-person of her career is the italian model agent and talent scout Piero Piazzi, the first who has believed in Mariacarla's potential since her debut in the late 90s.

On 18 May 2006, Boscono made her theater debut as "Solange" in Jean Genet's The Maids at the Lee Strasberg Theatre Institute in New York. Margherita Missoni played the role of her sister.

In August 2012, Mariacarla announced the birth of her daughter, Marialucas. She is a single mother. 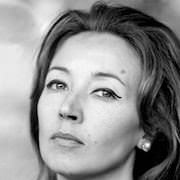 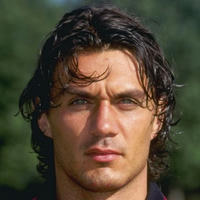 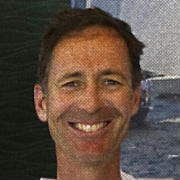