De Swardt won two Grand Slam titles in mixed doubles competition: the 1999 Australian Open and the 2000 French Open with partner David Adams. In addition, she also holds four women's doubles titles and reached as high as No. 11 in the women's doubles world ranking. She has one WTA Tour singles title from 1998 and reached No. 28 in the world singles ranking in 1996.

Since retiring from tennis, she has been a commentator for Eurosport and South African television, and has coached at professional, collegiate and recreational level with her base being at Atlanta, Georgia. She now resides in Houston, Texas and is a teaching professional at the River Oaks Country Club. In 2004, she set up a non-profit charity, the Pet Care Fund, to help animals. 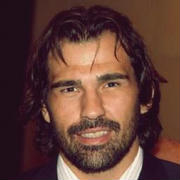