María Zambrano Alarcón (22 April 1904, in Vélez-Málaga – 6 February 1991, in Madrid) was a Spanish essayist and philosopher associated with the Generation of '36 movement.
Zambrano studied under and was influenced by José Ortega y Gasset and went on to teach metaphysics at Madrid University and at the Instituto Cervantes from 1931 to 1936. Her involvement in the Spanish Civil War of 1936–1939 caused her exile when Franco came to power.
After living in Cuba, Puerto Rico, Italy, France and Switzerland, Zambrano finally returned to Madrid in 1984.

Highly respected by her peers, she maintained contact with Italian intellectuals as well as her compatriots Rafael Alberti and Jorge Guillén.

A slow process of recognition of her work commenced in Spain in 1966 with the publication of J. L. Aranguren's article "Los sueños de María Zambrano" (María Zambrano's Dreams) in the important cultural and scientific Revista de Occidente, founded by Ortega y Gasset, a review to which leading contemporary philosophers such as Bertrand Russell and Edmund Husserl contributed.

In 1981 she was awarded the Prince of Asturias Award for Communications and Humanities in its first edition, and in 1983 Malaga University named her Doctor honoris causa.

In 1988 she became the first woman to be awarded the Miguel de Cervantes Prize.

María querida (Dearest Maria), a film directed by José Luis García Sánchez in 2004, is about her life. 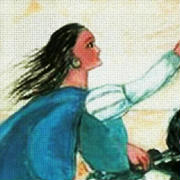