As a child, she acted in the Youth Theatre in Nizhny Novgorod, hoping to enter the Russian Academy of Theatre Arts (GITIS). However, the first two attempts were unsuccessful, only the third time Smolnikova was credited to the pilot course under the direction of Yevgeny Kamenkovich and Dmitry Krymov. She graduated from GITIS in 2011.

She works in the theater "School of Dramatic Art" led by Dmitry Krymov. Smolnikova became famous thanks to a lead role in the film by Fyodor Bondarchuk "Stalingrad" (2013). 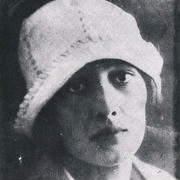