Sakkari was born in Athens in 1995 to former top 50 tennis player Angelikí Kanellopoúlou and Konstantinos Sakkaris. She has two siblings: brother Yannis and sister Amanda. She was introduced to tennis at age 6 and moved to Barcelona at age 18 in order to train. Growing up, her favourite players were Serena Williams, Roger Federer and Rafael Nadal.

Maria Sakkari made her debut for the Greece Fed Cup team in 2012, and has a Fed Cup win-loss record of 12–18 to date.

She made her Grand Slam debut at the 2015 US Open.

Sakkari won her second match in a WTA tournament at the Istanbul Cup by defeating the top seed Anna Karolína Schmiedlová. After beating Su-Wei Hsieh, she reached her first WTA quarterfinal. She reached her first WTA semifinal at the Wuhan Open by beating Caroline Wozniacki, Elena Vesnina and Alizé Cornet, losing to Caroline Garcia. This success propelled her into the top 50 of the world rankings.

In 2017 she reached the third round of a Grand Slam tournament for the first time at the Australian Open, and reached the same stage at Wimbledon and the US Open, where she defeated the seeded Kiki Bertens but was eliminated by Venus Williams.

Sakkari started 2018 season with four-first round losses, against Danka Kovinic in Shenzhen, Katerina Siniakova at Australian Open, Julia Gorges in St. Petersburg, and Sorana Cirstea in Doha. In Acapulco she reached her first win of the 2018 season, defeating Lara Arruabarrena in first round, but in second round she lost against Stefanie Vogele. At the (Indian Wells, United States) Sakkari managed to beat Donna Vekic, 16th seed Ashleigh Barty and 17th seed CoCo Vandeweghe, respectively. She lost in 4th round to eventual champion Naomi Osaka. At the (Miami, United States) she defeated Aleksandra Krunic and 28th seed Anett Kontaveit and reached the third round where she lost to Monica Puig.

Sakkari started her clay-court season by reaching her first semifinal in 2018 in (Istanbul, Turkey) where she beat Cagla Buyukakcay, Aleksandra Krunic and Arantxa Rus, respectively, before losing to Polona Hercog. She then lost in the first round of the Mutua Madrid Open to Kiki Bertens. Her next tournament was the Italian Open, where she avenged her Madrid exit by beating Bertens in first round and then in second round made her second win against top-10 player by beating Karolína Plíšková. She lost in the third round to Angelique Kerber. At the French Open she reached third round after defeating Mandy Minella and Carla Suarez Navarro and then she completed third rounds at all of Grand Slams.

Sakkari lost all of her matches at grass-court season. She was defeated by Julia Gorges at the Birmingham Classic ,Svetlana Kuznetsova at the Eastbourne International , and by Sofia Kenin at Wimbledon.

Sakkari qualified for the Premier 5 Italian Open in Rome, reaching the semi-finals, but lost to the eventual champion Karolína Plíšková.

This table is current through the 2019 WTA Elite Trophy.

Princess Sophie of Greece and Denmark 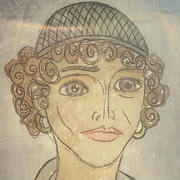 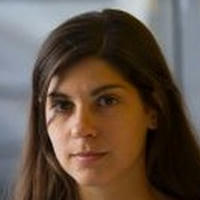