Maria Osten was a German and Soviet journalist. She was born on March 20, 1908 in Lemgo, Germany, but grew up in East Prussia. She took a pen name, Osten (German for "East") to indicate her pro-Soviet sympathies.

Osten was born Maria Emilie Alwine Gresshöner in Muckum bei Bünde, Westphalia, Germany, the daughter of Anna Maria (Pohlmann) and Heinrich Gresshöner. Maria Osten was most famous for her 1935 book Hubert in Wonderland ("Губерт в стране чудес" - Russian) and the events surrounding its publication in the Soviet Union. The story is about a 12-year-old boy who is the son of German Communist from the Saar region of Germany. The boy is adopted by a Soviet journalist for Pravda, Mikhail Koltsov, and his partner, the German journalist Maria Osten, who took the boy in 1935 to the Soviet Union. The boy's arrival in the Soviet Union was a very highly publicized event at the time, as it was a demonstration of the cooperation of fellow Communists to save a young boy from having to grow up in Nazi Germany. The boy was toured all around the country and he was even taken to visit Marshals Mikhail Tukhachevsky and Semyon Budyonny in the Kremlin.

The family's fate, however, changed, when Joseph Stalin began to purge the party ranks. Koltsov was arrested in December 1938 following a denunciation filed in by André Marty and executed about a year later, and the book disappeared from circulation. Hubert then refused to recognize his adoptive parents and told his adoptive mother to leave him. In 1941, Maria Osten was arrested in the hotel Balchug, and never heard from again. (In fact, Maria Osten was executed in Saratov prison on September 16, 1942).

Hubert was deported to the Kazakh SSR, where he became a shepherd. He was arrested in 1946 and freed only in 1955, two years after Stalin's death. Hubert tried to return to Germany, but never succeeded, dying in 1959 in a hospital in Simferopol after a poorly performed operation for appendicitis. 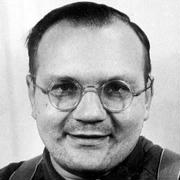