Spanish Saint, foundress of the Conceptionists Missionaries of the Immaculate Conception of Mary

Carmen Salles y Barangueras (born 9 April 1848, Vic, Barcelona – d. 25 July 1911, Madrid) was a Spanish nun who is noted for founding the Order of the Missionary Sisters of the Immaculate Conception of Mary and her advocacy of the equality of men and women. She was canonized a saint on 21 October 2012 by Pope Benedict XVI.

Saint Maria del Monte Carmelo Sallés y Barangueras was born on April 9, 1848 as the second of ten children of the married couple José Salles and Francisca Barangueras in Vic, Barcelona, Spain, and was baptized two days later with the name 'Carmen'. In her family, she was educated at a deep Christian life. In 1856, she and her family moved to Manresa, where her father work as an artist and found the little Carmen the opportunity to attend the college of the Society of Mary. In her youth, she increasingly came a special devotion to Mary ( the society of Mary), the apostolate among the Daughters of Mary, retirement and nursing and an ardent defense of the faith to carry wherever this was attacked in her eyes. In April 1858 Carmen received their First Holy Communion.

In the context of Marian spirituality she lived intensely on the proclamation of the dogma of the Immaculate Conception of 1854. At the foot of St. Virgin of Montserrat she finally heard within her reputation, to consecrate herself according to the example of the Immaculate Conception with body and mind to God. However, the negative attitude of the father who had arranged an advantageous marriage for her, and various other obstacles they set before the question of what it was for a service to which Christ had chosen in the church.

In 1869, being convinced by the Jesuit Antonio Goberna, who had come as a preacher in Maresa, the father not to oppose the will of the daughter, who according to his counsel entered in the "Hermanas Adoratrices Esclavas del Smo Sacramento y de la Caritas" in Barcelona and at the August 9, 1869 the novitiate began his Spiritual Father Goberna was. After a few months Carmen arrived in the consideration of the Immaculate Conception, which was liberated "from the beginning" of original sin, to the belief that it is better to take care of the education of girls from childhood on. So she left before the profession in November 1870, the Institute, although this respect Eucharistic worship corresponded completely to their ideas, but not in the care of the stranded girls who were dedicated to the sisters. However, they did not want to return home, where the father and the promised bridegroom waiting for them, but remained in Barcelona and lived there for a few months in the house of her brother Francisco. Looking for a way to prevent the evil from the good with education and love, so that the young girls of the family, society and church could prove useful to Carmen turned to her brother, the confessor of them to the Dominican Sisters of the Annunciation referred in Vic, on the 15 August 1856 by St. Francis Coll had been established. On May 8, 1871 occurred there in the novitiate and presented in July 1872, the profession on. Then it was Andrea del Palomar, one of the most important houses of the Institute transferred to the College of St., where she learned to connect with action contemplation.

1876 Carmen was sent along with a fellow sister to Barcelona, to open up a house that was to serve a dual purpose: on the one hand as a receiving station for the Sisters of the Institute, which had to do their work in the area of the city, and on the other hand as a training center. 1885 Carmen was appointed prioress of the community of Barcelona. Now she had the opportunity to realize their dream and helping to ensure that young women could thanks harmonious balance between piety and culture develop to the drive motor of family and society. And in fact the house was under their direction due to the quality of operations in college teaching in the city increasingly known what sparked the jealousy of her sister in Vila, which was added as novices to Vic.

1889 died unexpectedly mother Rosa Santaeugenia, the co-founder and first Superior General of the Institute, was then elected to the General Chapter of 1890 Vila Superior General. In this situation, Carmen began, which - by no means unfounded - a negative action against the branch in Barcelona was afraid to play with the idea after obtaining the necessary permission to remove the property from the Institute. This plan led into a real persecution Carmen, so they saw no other solution than together with five sisters to ask the bishop of Vic to a dispensation from vows of obedience and poverty on December 28, 1891. Since this is not considered responsible, they petitioned Rome. Waiting for an answer, however, was unnecessary, because now both Carmen and the other sisters were excluded in their wake on April 6, 1892 from the Institute.

Missionaries of Mary Immaculate Emfängnis for UnterrichtNach these events Carmen came to pass in September 1892 together with three companions to Antequera (Malaga), from where she moved after a period of spiritual exercises and fervent prayers to Madrid. There she met the priest Celestino Pazos, the set of the situation considered, proposed the creation of a new institution and sent to the Archbishop of Burgos, including fellow activists. Carmen then withdrew with her companions to a longer prayer before the image of Our Lady of Good Counsel in the Chapel of the Blessed Sacrament Cathedral of Madrid back. Finally, she stood up and said resolutely: ". It is God's will we go to Burgos, where they are fighting against everything that opposes us, and God will be with us!"

In Burgos, the archbishop blessed the burgeoning institution and offered her a seat at first. So Carmen founded there on 15 October 1892, the "Congregation of the Sisters of St. Dominic," today Missionaries of Mary's Immaculate Conception for Teaching (Fig.). On 7 December of the year of the Archbishop approved the establishment and appointed Maria Carmen Salles Superior General for life. 1893 carried the approval of the Constitutions.

From then on, Carmen devoted all out of the development of the institute for holistic development of the women lived according to the procedure of the Immaculate Conception model. She demanded by her sisters, "to be wells that were filled through study and prayer with knowledge and virtue, to exude the same". From one she was completely convinced that "the Lord likes his power to manifest in the weakness that distrusts himself, and he puts his wisdom ignorance available that is humble." In this way, Carmen Spirituality met by Maria and the Magnificat with the poor and lowly, who trust in the Lord. A witness who knew her well, said that "the more opened up, the more noise arose, the more people upset, the more relaxed remained mother Carmen". The reason being they describe themselves: "Of the creatures I expect nothing but good from God, the giver of all good." God gave means and results, but putting them into practice, was for her and her sisters, who encouraged her by saying, "Adept in the great plan of God that He has for us, it is up to us worthy and able to prove this through to the end. "

Carmen knew this plan as a call to hope, by, every young man, every woman, not only saw each child what they were, but also what they could be through education. She knew from experience, especially with regard to difficult people that this task was not easy, but not impossible. So they had. By the frequent handle to the Scriptures and the works of St. Made John of the Cross with the image of the "fenced garden" familiar, in which she placed the children who were present in prayer and at work: "In this garden are the girls that the Lord has entrusted to us." They were not alone, because the garden was richly populated: "At the heart of our garden shows - happy, beautiful, surrounded by heavenly light, strong, wise and immaculate - our mother." Carmen joined the metaphor in the manner of St. Bernhard: ". Let us look at the care of our garden often draw on Maria, because it gives us the wisdom, it gives us the virtue and it gives us the strength to make these flowers in their image" This resulted in mother Carmen and her spiritual daughters of the typical intent for them, in particular, to imitate the fullness of grace to be "holy and immaculate in love" after the example of the Immaculate Conception.

In this spirit of trust and imitation mother Carmen moved for 19 years by Spain's roads and founded there a total of 13 communities and schools. Difficulties they overcame by the trust in divine providence, by wearing a little picture with him, on which she had written the following text:. "Holy Virgin Mother of mine, grant me the grace of a saintly death, when my soul leaves this earth, take them into your arms in heaven. "

Mother Carmen Salles died on July 25, 1911 in Madrid, after she had her sisters expressed to the desire of the missionary expansion of the Institute. This realized her desire in less than a year after her death by the foundation of a house in Brazil, which was the starting point for start-ups in various countries. First, buried in the cemetery of San Justo in Madrid, resting her remains today in the chapel of the Generalate Religiosas Concepcionistas Misioneras de la Eneseñanza in Madrid, Calle Princesa, 19 and 21st 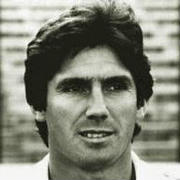 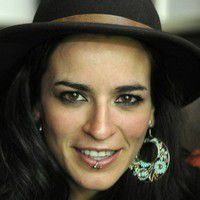