María Antonieta Gómez-Rodríguez (born 22 December 1950), more commonly known by her stage name María Antonieta de las Nieves, is a Mexican actress, comedian, and singer. Her best remembered role is that of La Chilindrina, one of the main characters of the Televisa sitcom El Chavo del Ocho.

De las Nieves was born in La Lagunilla, a neighborhood of the Cuauhtémoc borough of Mexico City. She is the youngest of the seven children of Estanislao Gómez Ocampo and Delfilia Rodríguez Ocampo, who owned a women's clothing store.

She made her film debut in the fantasy film Pulgarcito (1957), starring María Elena Marqués, José Elías Moreno, and Cesáreo Quezadas in the title role. At age 8, she became a voice actress; she provided the Spanish voices for characters such as Wednesday Addams from The Addams Family, Eddie Munster from The Munsters, Batgirl from Batman, and Invisible Woman from Fantastic Four. Her first telenovela was Estafa de amor (1961), starring Carmen Montejo and Amparo Rivelles.

De las Nieves became famous as La Chilindrina in the Televisa sitcom El Chavo del Ocho. She was also the lead actress in El Chapulín Colorado until 1973, when she left and Florinda Meza replaced her. She was a voice actress at Televisa, when Chespirito heard her talk. Thinking her voice was perfect for the Chilindrina character, he offered her a job at his new television program, and she accepted. Both El Chavo del Ocho and El Chapulín Colorado became hits across Latin America, in New Zealand and the United States, as well as various other countries where the program was translated into local languages. The casts of Chavo and Chapulín toured extensively whilst the series was on; after cancellation of the series' filming in Mexico, its actors continued travelling, and the series continued to be featured in many Latin American countries (as of 2014, it is still shown in the United States).

In 1997, she was cast as the lead in Aquí está la Chilindrina, in which she lives in a convent with various nuns and orphan girls. It had big success. She played Dulce Amado, an elderly aunt, in the Telemundo telenovela Dame Chocolate (2007). In 2012, de las Nieves participated as a contestant in Univision's third season of Mira Quién Baila. She has recently voiced Vanellope von Schweetz in the Spanish dub of Wreck-it Ralph (2012).

María Antonieta de las Nieves was able to win a legal battle over Chespirito in 2003, one that gives her permission to act as La Chilindrina in public whenever she wants to, and grants her rights over the character she played. Chespirito owns the rights to most of the characters of the shows he created, which led some of the actors like Rubén Aguirre and Carlos Villagrán to move to Argentina at separate points of their careers to revive the characters. In addition, La Chilindrina is the only of the series' major character that doesn't appear in the animated series El Chavo Animado and in its spin-off, El Chavo Kart. 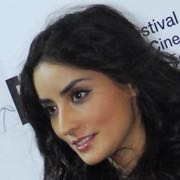