Margarita Viktorovna Galinovskaya (Russian: Маргарита Викторовна Галиновская, born April 19, 1968) is a Russian archer.
Galinovskaya represented Russia at the 2004 Summer Olympics. She placed 15th in the women's individual ranking round with a 72-arrow score of 639. In the first round of elimination, she faced 40th-ranked fellow Russian Elena Dostay. Galinovskaya defeated Dostay 153-136 in the 18-arrow match to advance to the round of 32. In that round, she faced 18th-ranked German archer Cornelia Pfohl. Galinovskaya won the match 158-156 in the regulation 18 arrows, advancing to the round of 16. She then lost to 2nd-ranked and eventual silver medalist Lee Sung Jin of Korea 165-163, finishing 12th in women's individual archery.
Galinovskaya was also a member of the 9th-place Russian women's archery team in the team competition. 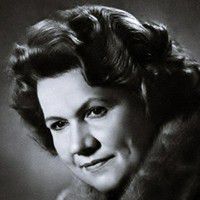