Margarida Cabral de Melo (1570–1631) was a Portuguese noble lady. In 1599 she settled with her husband and children in Buenos Aires. She was one of the most powerful women in the Río de la Plata, in the early 17th century, owns of luxury homes, farms and vineyards. Among his Royal lineage was Fernando I, Duke of Braganza, grandson of John I of Portugal.

Margarida was born in Santa Maria Island, the daughter of Matias Nunes Cabral and Maria Simões de Melo. She and her husband Amador Vaz de Alpoim, sons and sister Inês Nunes Cabral (wife of Gil Gonçalves de Moura), arrived to Buenos Aires from Rio de Janeiro, where they had lived for five years.

When her husband died in 1617, Margarida inherited the ranch in the town of Luján. The ranch was administered by his son Manuel Cabral de Alpoim, an expert rider, Lieutenant Governor of Corrientes. Margarida possessed one of the most luxurious houses in the city, with mahogany furniture, carved silverware, tapestry and among its jewelery, a gold parrot.

The family of Francisco de Melo Coutinho, (ancestor of Margarida and Inês), were direct descendants of the same King of Portugal Afonso III and his Mistress Madragana.

With their respective husbands, the two sisters formed one of the most important families in the Rio de la Plata, and are the ancestors of several personalities as Juan Miguel de Esparza, José Gervasio Artigas, Domingo French, and Jorge Luis Borges, descendant of Ines.

The Governor of Buenos Aires Juan Manuel de Rosas, and Justo José de Urquiza, first President of the Argentine Confederation, were descendants of this family. 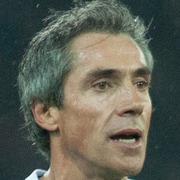 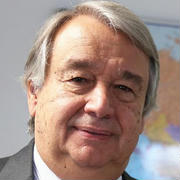