Margaret Matzenauer (sometimes spelled Margarete Matzenauer or Margarethe Matzenaur) (1 June 1881 – 19 May 1963) was a mezzo-soprano singer with an opulent timbre and a wide range to her voice. She performed key works from both the Italian and German operatic repertoires in Europe and the United States.

Matzenauer was born in Temesvár, Austria-Hungary (now Timișoara, Romania). Her father Ludwig was a conductor, her mother an opera singer. She considered herself Hungarian although she had Germanic blood and the place of her birth is now in western Romania. She was of Jewish descent.

She studied opera in Graz and Berlin, making her operatic debut in 1901 as Puck in Weber's Oberon. She began singing major roles such as Azucena in Il trovatore, Carmen, Mignon, Waltraute and Erda in the Ring operas and Ortrud in Lohengrin. She first achieved fame in Europe as a contralto and mezzo-soprano, and she was engaged to appear at the 1911 Bayreuth Festival. She was tempted to tackle soprano parts as well but this expansion upwards of her repertoire did not prove to be an unqualified success due to limitations with her highest notes.

Matzenauer made her debut (as a mezzo) at the New York Metropolitan Opera in Aida on 13 November 1911, singing Amneris on opening night with a cast that also featured Emmy Destinn as Aida and Enrico Caruso as Radamès, with Arturo Toscanini on the podium. A few days later she displayed her versatility by appearing in Wagner's Tristan und Isolde.

In 1911, she married one of her Met colleagues, the fine Italian-born dramatic tenor Edoardo Ferrari-Fontana (1878-1936). Consequently, she acquired automatic Italian citizenship. The marriage ended in divorce in 1917.

She had a photographic memory, too, and she saved the day for the Met's management on 1 January 1912 when, with only a few days' notice, she appeared as Kundry in the opera Parsifal, a highly demanding role that she had not sung before.

Matzenauer remained at the Met for a total of 19 seasons, delivering a wide variety of roles including Eboli in the first Met production of Don Carlos (1920), Santuzza, Marina in Boris Godunov, Leonore in Fidelio and Brünnhilde in Die Walküre. She gave her farewell Met performance on 17 February 1930 as Amneris, but she continued singing opera elsewhere and giving concerts.

In 1924, she appeared at the Royal Albert Hall, London at a Special Sunday concert with pianist Solito de Solis.

In 1936, she played the part of Madame Pomponi in the Columbia Pictures production of Mr. Deeds Goes to Town.

Matzenauer also took up teaching; two of her pupils were mezzo-sopranos Blanche Thebom and Nell Tangeman. Her last stage appearance was in a Broadway comedy, Vicki, in 1942.

Tenor Giacomo Lauri Volpi mentioned her in his Voci parallele as one of the only three real contraltos he had chanced to meet throughout his career (the others being Gabriella Besanzoni and Matilde Blanco Sadun).

She died in 1963 at the Sherman Way Convalescent Hospital in Van Nuys, California.

Her daughter is Adrienne Fontana, former nightclub singer and host of variety TV show Champagne and Orchids, on the Dumont Network in early television. Matzenauer made a sizeable number of 78-rpm recordings, many of which are available on CD reissues.

The contents of this page are sourced from Wikipedia article on 26 Apr 2020. The contents are available under the CC BY-SA 4.0 license.
View Margaret Matzenauer 's image gallery
Image Gallery 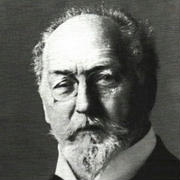