Margaret J. Geller (born December 8, 1947) is an American astrophysicist at the Harvard–Smithsonian Center for Astrophysics. Her work has included pioneering maps of the nearby universe, studies of the relationship between galaxies and their environment, and the development and application of methods for measuring the distribution of matter in the universe.

Margaret made pioneering maps of the large-scale structures of the universe which led to the discovery of the galactic superstructure in the universe. Geller received a Bachelor of Arts degree in Physics at the University of California, Berkeley (1970) and a Ph.D. in Physics from Princeton (1975). Although Geller was thinking about studying solid state physics in graduate school, Charles Kittel suggested she go to Princeton to study astrophysics.

Geller is known for observational and theoretical work in cosmology and extragalactic astronomy. Her long range goals are to discover what the universe looks like overall and to understand how it came to have the patterns we observe it to have today. In the 1980s, she made pioneering maps of the large-scale structure of the universe, which led to the discovery of the Great Wall. She leads a project called SHELS which looks into mapping the distribution of mysterious dark matter in the universe. With the 6.5-m MMT, she is conducting a more distant survey of the middle-aged universe called HectoMAP. Geller has developed innovative techniques for investigating the internal structure and total mass of clusters of galaxies and the relationship of clusters to the large-scale structure.

Geller is also a co-discoverer of hypervelocity stars which may be an important tracer of the matter distribution in the Galaxy.

Geller has made several films for public education. Her 8-minute video Where the Galaxies Are (1989) was the first graphic voyage through the observed universe and was awarded a CINE Gold Eagle. A later 40-minute film, So Many Galaxies...So Little Time, contains more sophisticated prize-winning (IEEE/Siggraph) graphics and was on display at the National Air and Space Museum.

Geller has lectured extensively to public audiences around the world. She has lectured twice in the main amphitheater at the Chautauqua Institution.

She is included in NPR's list of The Best Commencement Speeches, Ever.

Her story about her entry into astrophysics and meeting the renowned astrophysicist John Archibald Wheeler, entitled "Mapping the Universe" was published by The Story Collider podcast on May 21, 2014.

Geller's work is discussed in Physics in the Twentieth Century. Popular articles by Geller appear with those by Robert Woodrow Wilson, David Todd Wilkinson, J. Anthony Tyson and Vera Rubin in Beyond Earth: Mapping the Universe and with others by Alan Lightman, Robert Kirshner, Vera Rubin, Alan Guth, and James E. Gunn in Bubbles, Voids and Bumps in Time: The New Cosmology.

The contents of this page are sourced from Wikipedia article on 20 Mar 2020. The contents are available under the CC BY-SA 4.0 license.
View Margaret Geller 's image gallery
Image Gallery 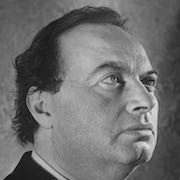