Classical pianist. nun and homeless woman who inspired 'The Lady in the Van' (2015)

Margaret Mary Fairchild (4 January 1911 – 28 April 1989) also known as Mary Teresa Sheppard/Miss Shepherd was a former concert pianist, nun and homeless woman who is the title character in the 2015 film The Lady in the Van by Alan Bennett in which she was played by Maggie Smith. Smith had previously played her in a 1999 play of the same name and a radio adaptation for BBC Radio 4 in 2009.

Margaret Fairchild was born in 1911 in Hellingly in East Sussex, the daughter of Harriett née Burgess (1879–1963) and George Bryant Fairchild (1866–1944), a surveyor and sanitary inspector; her brother was Leopold George Fairchild (1908–1994). A gifted pianist, according to her brother in about 1932 the middle-class and well-spoken Margaret Fairchild studied at the École Normale de Musique de Paris in Paris under the virtuoso Alfred Cortot, later playing in a promenade concert. In 1936 as Mary Teresa she became a novice in the Convent of the Society of the Helpers of the Holy Souls on Gloucester Avenue in Regents Park (later the Japanese School in London and now the North Bridge House School), a stone's throw from Gloucester Crescent where she famously returned decades later. Later in 1936 she was at St Joseph's Priory on Harrow Road West in Reigate. In 1939 Fairchild was a Sister and school teacher at St Gilda's Catholic School in Yeovil in Somerset. Her brother related that in the convent Fairchild was forced to abandon her love of music and playing in order to concentrate on her faith and she left the order following a breakdown. Her fellow nuns described her as "argumentative". During World War II Fairchild was trained to drive ambulances by the ATS, which began her love for vehicles and driving. From at least 1950 to 1957 she lived with her mother at 98 Elgin Crescent in Notting Hill.

A commanding figure at nearly 6 feet tall, Fairchild became increasingly erratic in her behaviour and constantly argued about religion with her mother with whom she lived; her brother had her committed to Banstead Hospital, a psychiatric hospital, from which she escaped. She was to abscond from various other mental hospitals until she remained at large for a year and a day which legally demonstrated her competence to live unsupervised. Later she had an accident when the van she was driving was hit by a motorcyclist who subsequently died. Fairchild believed she was to blame for the accident and left the scene without giving her details, thereafter living in fear of arrest. At this time she changed her name to Sheppard to avoid detection and made her way back to the vicinity of the convent on Gloucester Avenue where she had taken her vows. However, she had little to do with the nuns, or they with her.

In the late 1960s Fairchild, calling herself 'Miss Mary Sheppard', began to park her Bedford van in front of the houses in affluent Gloucester Crescent in Camden Town where she would annoy the well-heeled homeowners by parking in front of a house and then pile rubbish-filled plastic bags around the vehicle until told to move on. Over time her hand-painted yellow van made its way down the road until in 1974 it stopped outside the home of playwright and author Alan Bennett, who said of her "She was there in full view of my window while I was working. She used to get pestered by people. I used to go out and tell [those] people to clear off. This distracted me from my work, and it gradually got to the point when it was harder for me to work than it should be, and the only way to break through the situation was to invite her into the drive, where no one else would bother her.” Bennett added, "She was difficult to like. She never smiled, she had no sense of humour, her politics were very different from mine . . . And all these things made her an aggressive personality." However, he allowed her to temporarily park her dilapidated van on his narrow driveway at 23 Gloucester Crescent in Camden expecting her to leave in a few months. She was to stay until her death 15 years later. In her van Fairchild would write political pamphlets for her right-wing Fidelis party with titles such as “True View: Mattering Things” that Bennett would type up for her and have copied in a local print shop. He was concerned that the workers in the shop would believe that the extreme views expressed in the pamphlets were his own. Her political aspirations caused her to ask Bennett, "When I'm elected do you think I shall have to live in Downing Street or could I run things from the van?"

From time to time local nuns would bring her food to supplement what Fairchild had bought with her Social Security payments, though she didn’t have a means of cooking in the van - or a toilet. Bennett ran an electric cable from his house to the van so that Fairchild could run a heater and a television. He was only to discover her true identity from her brother after her death.

The 'genteel vagrant' Margaret Fairchild died in her van on the driveway at 23 Gloucester Crescent in Camden in 1989 aged 78. After a funeral service in the Catholic church of Our Lady of Hal in Camden Town she was buried in an unmarked grave in St Pancras and Islington Cemetery.

Fairchild's collection of self-penned political pamphlets, hand-written notes and shopping lists are in the Alan Bennett Archive at the Bodleian Library at the University of Oxford.

The Lady in the Van

Bennett wrote The Lady in the Van based on his experiences with the eccentric woman known to him as Miss Shepherd, who lived on Bennett's driveway at 23 Gloucester Crescent in Camden Town where the real Miss Shepherd had lived in a series of dilapidated vans on his driveway for more than fifteen years. Fairchild/Shepherd's story was first published in 1989 as an essay in the London Review of Books. In 1990 Bennett published it in book form. In 1999 he adapted it into a stage play at the Queen's Theatre in London which starred Maggie Smith who received a Best Actress nomination at the 2000 Olivier Awards and which was directed by Nicholas Hytner. The stage play includes two characters named Alan Bennett. On 21 February 2009 it was broadcast as a radio play on BBC Radio 4, with Maggie Smith reprising her role and Alan Bennett playing himself. He adapted the story again for the 2015 film The Lady in the Van with Maggie Smith reprising her role again, and Nicholas Hytner directing again.

The contents of this page are sourced from Wikipedia article on 17 Apr 2020. The contents are available under the CC BY-SA 4.0 license.
View Margaret Fairchild 's image gallery
Image Gallery 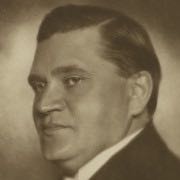