Margaret Busby OBE (also titled Nana Akua Ackon) is a Ghanaian-born publisher, editor, writer and broadcaster based in the UK. She was Britain’s youngest and first black woman book publisher when in the 1960s she co-founded with Clive Allison (1944–2012) the London-based publishing house Allison and Busby (A & B).

Margaret Busby was born in Accra, Gold Coast (present-day Ghana), to Dr George Busby and Mrs Sarah Busby (née Christian), who both had family links to the Caribbean, particularly to Trinidad, Barbados and Dominica. Dr Busby was a lifelong friend of Kwame Nkrumah's mentor George Padmore and attended school with C. L. R. James. Through her maternal line, she is a cousin of newscaster Moira Stuart.

After leaving school at 15, Margaret Busby read English at Bedford College, London University, where she became editor of her college literary magazine as well as publishing her own poetry. She was married to British jazz musician and educator Lionel Grigson (1942–1994).

As a journalist, she has written for such leading publications as The Guardian (writing reviews and obituaries of artists and activists including Jessica Huntley, Buzz Johnson, Jayne Cortez, Jan Carew, Rosa Guy, Barry Reckord, Frank Crichlow, and Geraldine Connor), The Observer, The Independent, The Sunday Times, the New Statesman, and elsewhere.

She compiled the pioneering work Daughters of Africa: An International Anthology of Words and Writings by Women of African Descent, and has contributed to other books (including Colours of a New Day: Writing for South Africa in 1990, and in 2014 Carnival: A Photographic and Testimonial History of the Notting Hill Carnival, co-authored with Ishmahil Blagrove), specialist journals and the general press.

She has regularly worked for radio and television since the late 1960s, when she presented the magazine programme London Line for the Central Office of Information, as well as Break For Women on the BBC African Service, and later Talking Africa on Spectrum Radio, in addition to appearing on a range of programmes including Kaleidoscope, Front Row, Open Book, Woman's Hour, and Democracy Now! (USA).

Her writing for the stage includes Sankofa (1999), Yaa Asantewaa – Warrior Queen (UK/Ghana, 2001–02), directed by Geraldine Connor, and An African Cargo (Greenwich Theatre, 2007) directed by Felix Cross. She has also been a song lyricist.

She has worked continuously for diversity within the publishing industry and in the 1980s was a founding member of the organization Greater Access to Publishing (GAP), which engaged in campaigns for increased Black representation in British publishing. She is the patron of Independent Black Publishers (IBP).

She has been a judge for many literary competitions, among them the Caine Prize for African Writing, the Orange Prize, the Independent Foreign Fiction Prize, the OCM Bocas Prize for Caribbean Literature, the Commonwealth Book Prize (for which she was chair of the judges in 2012). and Africa39. She has served on the boards or in advisory positions for other cultural organisations, including the Drum Arts Centre, The Africa Centre, London, English PEN, the African & Caribbean Music Circuit, the Hackney Empire theatre, the Organization of Women Writers of Africa, and Wasafiri magazine. She is currently Prize Ambassador of the SI Leeds Literary Prize and a patron of the Etisalat Prize for Literature. 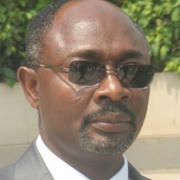 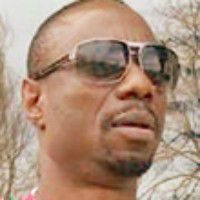 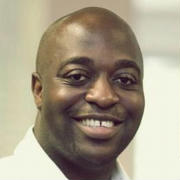 Soldier and former military Head of state of Ghana