Burbidge started studying astronomy in 1936, at University College, London, was graduated in 1939, and received her Ph.D. at University College in 1943. She was turned down for a Carnegie Fellowship in 1945 because the fellowship would have meant that she would have had to observe at Mount Wilson observatory, which was reserved only for men at that time.

In 1950, she applied for a grant at the Yerkes Observatory in Williams Bay, Wisconsin, and went to the United States in 1951. Her research interests focused on chemical abundances in stars. She returned to England in 1953 and started research in collaboration with her husband Geoffrey Burbidge, William Alfred Fowler, and Fred Hoyle. Based on experimentation and observational data initiated by Margaret and Geoffrey Burbidge, the team produced a hypothesis that all chemical elements might be synthesized in stars by nuclear reaction (known now as stellar nucleosynthesis). The resulting astrophysical theory, which was published in 1957, was called the BFH theory after the participants who collaborated in the research (Burbidge, Burbidge, Fowler, Hoyle). This theory has been the basis for a substantial field of research in astrophysics.

After ten years, in 1955, she finally gained access to the Mount Wilson Observatory, posing as her husband's assistant. When the management found out, they eventually agreed that she could stay, if she and her husband went to live in a separate cottage on the grounds, rather than staying in the dormitory that had been designed for men alone.

In 1972 she became director of the Royal Greenwich Observatory. This was the first time in 300 years that that directorship was not associated with the post of the Astronomer Royal, which instead, was awarded to radio astronomer Martin Ryle. She attributed this to continued sexism in the field. Burbidge left this post in 1974, fifteen months after accepting it, when controversy broke out over moving the Isaac Newton Telescope from the Observatory to a more useful location.

Experiences such as those turned Burbidge into one of the foremost and most influential personalities in the fight to end discrimination against women in astronomy. Consequently, in 1972 she turned down the Annie J. Cannon Award of the American Astronomical Society because it was awarded to women only: "It is high time that discrimination in favor of, as well as against, women in professional life be removed". Twelve years later the Society awarded her its highest honor, regardless of gender, the Henry Norris Russell Lectureship. At the University of California San Diego, she served as its first director of the Center for Astrophysics and Space Science.

In 2003, Burbidge was inducted into the Women's Museum of California Hall of Fame honoring her career and achievements.

On April 2, 1948, Margaret Peachey married Geoffrey Burbidge, also a theoretical astrophysicist, with whom she collaborated in one of the most significant astrophysical theories of the century (BFH, described below). Their daughter, Sarah, was born in late 1956. Geoffrey Burbidge died in 2010.

After receiving her Ph.D. in 1943, she started to research galaxies by linking a spectrograph to telescopes. At the Yerkes Observatory in the USA her work involved studying B stars and galaxy structure. In 1957, the BFH group showed that all of the elements except the very lightest, are produced by nuclear processes inside stars. For this they received the Warner Prize in 1959. In her later research she was one of the first to measure the masses, compositions, and rotation curves of galaxies and was one of the pioneers in the spectroscopic study of quasars.

At UCSD she also helped develop the Faint Object Spectrograph in 1990 for the Hubble Space Telescope. With this instrument, she and her team discovered that the galaxy M82 has a massive black hole at its center. Currently, she is a professor emeritus of physics at UCSD and continues to be active in research, including non-standard cosmologies such as intrinsic redshift. Burbidge has contributed to over 370 articles on astronomical research.

The Margaret Burbidge Award for Best Experimental Research was an award established to recognize the best research in experimental physics by a graduate student presented in the annual meeting of APS Farwest section (previously called APS California section and later APS California-Nevada section). It also included a prize money of $500 for the first prize winner, which was later reduced to $250. The winners were selected by the APS Farwest section committee.

The contents of this page are sourced from Wikipedia article on 15 Feb 2020. The contents are available under the CC BY-SA 4.0 license.
View Margaret Burbidge 's image gallery
Image Gallery 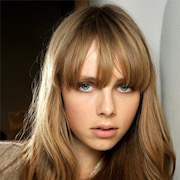