Maren Derlien (born 17 December 1975 in Hamburg) is a German rower. In 1999 she won the World Rowing Championships in St. Catharines, Canada in the quad sculls boat. In 2005, 2006 and 2007 she also rowed at the World Rowing Championships. She represented her native country at the 2004 Summer Olympics in Athens, Greece and at the 2008 Summer Olympics in Beijing, China.

In 2008 Derlien rowed for RG Hansa Hamburg in Hamburg. 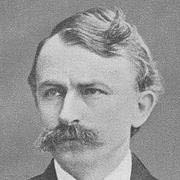