Márcio José Ribeiro e Silva (born 12 March 1957), known as Márcio Ribeiro, is a Brazilian footballer who played as an attacking midfielder, and the current manager of Barretos.

Márcio Ribeiro spent his career mainly in charge of clubs in the São Paulo state before taking over Água Santa in 2013. With the club he achieved three consecutive promotions, and made his professional debut in 2016 Campeonato Paulista.

Márcio Ribeiro also had an unassuming spell at Portuguesa during the last months of 2016, suffering relegation to Série D. Back in 2005, he won the Campeonato Alagoano while in charge of CSA. 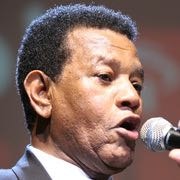