Marc Lasry (born September 30, 1959) is an American billionaire businessman and hedge fund manager. He is the co-founder and chief executive officer (CEO) of Avenue Capital Group, and the co-owner of the NBA's Milwaukee Bucks basketball team.

Lasry was born in Marrakech to a family of Moroccan Jews. When he was seven years old, he and his family immigrated to the U.S. His father, Moise, was a computer programmer and his mother, Elise, was a schoolteacher. Lasry grew up in West Hartford, Connecticut and received a B.A. in history from Clark University in 1981 and a J.D. from New York Law School in 1984. While in law school, he worked as a clerk for the Chief Bankruptcy Judge of the Southern District of New York, Edward Ryan.

After graduating from law school, Lasry took a position in the bankruptcy branch of the law firm Angel & Frankel. Together with his sister Sonia Gardner, they founded Amroc Investments in 1989 and Avenue Capital Group in 1995. One year later Lasry became the director of the private debt department at the investment firm R. D. Smith, now Smith Vasillou Management. This is where Lasry first got involved in trade claims. He then took a position as Co-Director of the Bankruptcy and Corporate Reorganization Department at Cowen & Company. There Lasry recruited his sister Sonia Gardner, also an attorney, to assist in the company's trade claims department. Lasry left Cowen & Company and joined the Robert M. Bass Group, focused on distressed security investments.

In 1989, Lasry and his sister founded the firm Amroc Investments with $100 million in seed money from various investors. Amroc purchased both trade claims and bank debt held by vendors of bankrupt and/or distressed companies. In 1995, Lasry and Gardner invested $7 million of their own capital and founded the Avenue Capital Group, which initially focused on distressed debt and special situations primarily in the United States. The partners successfully expanded the firm's investment focus to Europe and Asia. The two went on to build their hedge fund, which had as much as $11 billion in assets under management.

In 2013, Lasry was considered for the position of U.S. ambassador to France, but declined consideration for business reasons. In 2014 Forbes listed Lasry as one of the 25 highest-earning hedge fund managers in 2013, with total earnings of $280 million.

In April 2014, Lasry became co-owner of the NBA's Milwaukee Bucks after purchasing the team from Herb Kohl for $550 million. Following the 2016 U.S. election, Lasry and the Milwaukee Bucks became one of three NBA teams to openly state they would not be staying at Trump branded hotels when on the road.

In 2004, Lasry and his wife contributed support to the University of Pennsylvania and co-chaired the Penn Parent Leadership Committee. In 2005 they donated $5 million to Clark University for the construction of the "Cathy '83 and Marc '81 Lasry Center for Bioscience".

Lasry served as a director of the 92nd Street Y and the Big Apple Circus and was a trustee of the Mount Sinai Hospital (Manhattan).

In January 2016 Lasry participated in "Portfolios with Purpose," an annual stock selection contest in which participants pick portfolios on behalf of their favorite charities. Lasry resigned from the board of The Weinstein Company along with fellow board members Dirk Edward Ziff and Tim Sarnoff, after allegations of sexual assault were disclosed.

Lasry is married to Cathy Cohen and they have five children. Their son, Alex, worked for White House senior adviser Valerie Jarrett. Their daughter, Samantha, was a staffer for congressman Rahm Emanuel.

Lasry is a member of Kappa Beta Phi.

In 2019, Lasry played on the "Away" roster during the NBA All-Star Celebrity Game at the Bojangles' Coliseum in Charlotte, North Carolina. 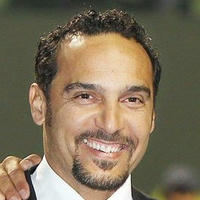 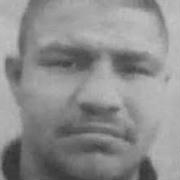